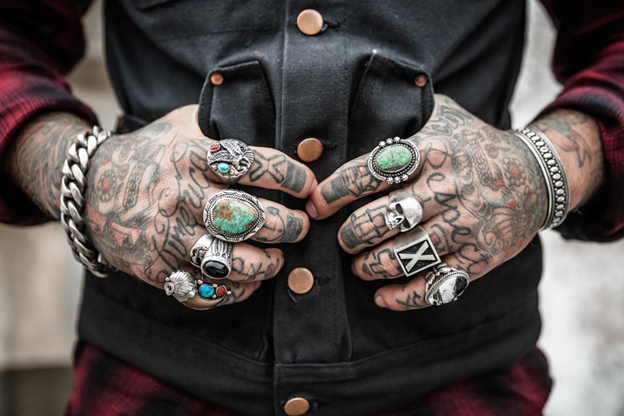 Selecting the perfect tattoo is one of the hardest things to do. Your tattoo should not only look attractive but also inspirational. This is something you have to live with for the rest of your life. Whatever design you choose for your tattoo, make sure you do proper research and find the meaning behind the design.

If you are not sure which tattoo to get, don’t worry we have got you covered. In this article, we have made a list of top tattoo designs along with their meaning.

Tribal tattoos are used to depict the status of a person, family status, and rites of passage. They are also used for medicinal purposes. Tribal tattoos hold bold line motifs, elements, patterned designs, and spiritual symbolism. The most popular tribal tattoos are Indian motifs, rose tattoos, and Hawaiian flowers.

These tattoos look like a photograph or a 3D object. In the world of tattoo, the word realism means a design that is detailed and represents the exact real-life image. They generally focus on animals, scenery, faces, and everyday objects.

This style of tattoo requires a lot of time and patience. A realistic tattoo has many layers and colors and only a veteran artist can make a perfect realism tattoo.

Watercolor tattoos have become very popular among the youth because of their fluid forms, vivid hues, and ethereal style. They are inked using the same way as normal tattoos. The only difference is the technique used for coloring, layering, and shading.

These tattoo designs include an element of many tattoo styles such as folk art, irezumi, and old school. This style uses the bold outline style of the old school and a wide range of bright colors.

New school tattoos allow an artist to do a lot of customization.

This style of tattoo is a modern version of a traditional American tattoo. Neo-traditional artists use thick and bold lines and use realistic images and designs.

Some people believe that there is no major difference between neo-traditional and traditional American tattoos, but that is not true.

Japanese tattoos are also known as irezumi. They are one of the most popular tattoo arts used in the world. The unique thing about Japanese tattoos is that every image that is inked has a special meaning and purpose.

Illustrative tattoo is easily recognized because of their line and style. People often mistake them as marker drawings on the skin because they look so real. This tattoo style involves linework, dot work, small dashes, cross-hatching, and stippling.

This style of tattoo comprises eye-catching imagery. It is rich in political, cultural, and historical connotations. Every design has a background story, which directly relates to chincanx culture. This tattoo style is used to influence the preservation of heritage.

The Chicano style was originated from pachuco gang culture. It was done to mark the gang members and show loyalty to the gang. This style of tattooing is based on themes like flowers, praying hands, women, religious figures, and lush flowers.