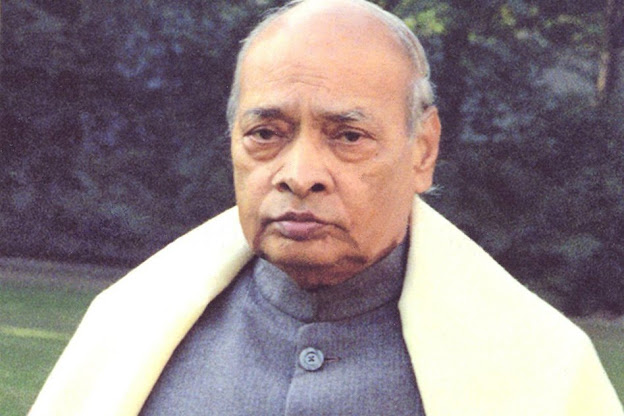 Pamulaparthi Venkata Narsimha Rao, who as Prime Minister, was responsible for far-reaching economic reforms and led India during the highly uncertain post-Cold-War era. Rao was born in a village in Andhra Pradesh’s Warangal district. He participated in the Independence Movement and later became a member of the Indian National Congress (INC).
P.V Narshimha Rao was later elected as a Member Of The Legislative Assembly (MLA) in the Karim Nagar district of Andhra Pradesh. Between 1962 and 1971, he served for short periods, as a minister in Andhra Pradesh.

Rao was the Chief Minister (CM) of Andhra Pradesh between 1971 and 1973 where he brought several land reforms in the state. Considered as an Indira Gandhi loyalist, Rao occupied ministries such as home, defense, and foreign affairs during the tenure of both Prime Ministers, Rajiv Gandhi, and Indira Gandhi.

He headed the newly developed Human Resource Development (HRD) ministry in 1986 and was the brains behind the Navodaya Vidyalaya Scheme. He retired from active politics in 1991 and did not conduct elections. However, after Rajiv Gandhi’s assassination, Congress became the largest party in the Lok Sabha. As a result, Congress chose Rao as the Prime Minister. He became the ninth Prime Minster of Independent India and the first Prime Minister from the south. One of the most significant appointees to the cabinet was Manmohan Singh as Finance Minister. Rao went on the serve as the Prime Minister from 1991 to 1996.
Here’s remembering former Prime Minister Shri P.V Narsimha Rao On His 99th Birth Anniversary!