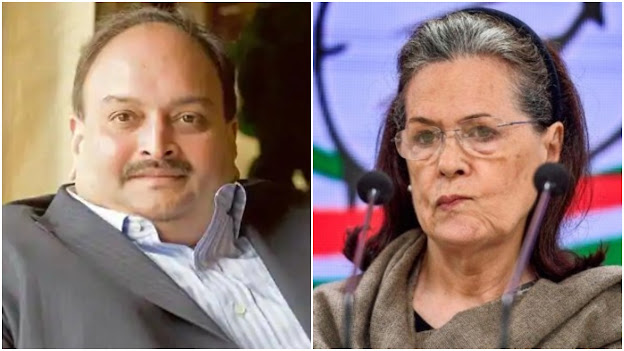 In a sensational twist to the Sonia Gandhi trust gate scandal, a new investigation has revealed yet another stunning link. This link is tied to Mehul Choski, the absconder India is desperately trying to get back into Indian chains. Mehul Choksi is an Indian based fugitive businessman wanted by the Indian Judiciary on counts of fraud, cheating, corruption, and money laundering.

The Sonia Gandhi trust gate scandal has taken a brand new turn. As per the latest investigation, it was revealed that the Sonia Gandhi led the Rajiv Gandhi Foundation (RGF) received funding from Mehul Choksi. In the 2013-14 annual report, there were several doubts raised over the mystery donor. However, now it has been revealed that the mystery donor was in fact fugitive businessman Mehul Choksi. The donations were made under the alias Navi Raj Estates Ltd. Another major revelation found that the Choksi is also one of the directors of Sonia Gandhi led the Rajiv Gandhi Foundation.