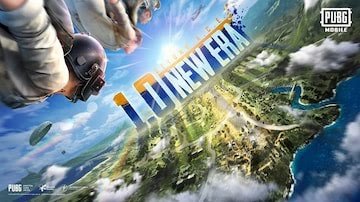 PubG Mobile has finally announced the details of PubG Mobile New Era. The update is officially known as 1.0 New Era. PubG Mobile 1.0 Version is finally going to begin.
PubG Mobile in an online event and press release officiated the PubG Mobile New Era on 24th August, 2020. The developers of the game have assured a featured and improved gameplay for the players.
Here are the details of PubG Mobile 1.0 New Era Announcement:
1. New Technology and UX
2. Gameplay Features
3. Character and Environmental Improvement
4. Lobby and Gun-Fight Bug Fixes
5. Smoke Muzzle Flashes and Air Blasts
6. Scope Interaction
(All these features will give realistic experience)
7. New Visuals and Motions
8. Multi-Screen Switching Mode
9. Easy Navigation
10. 30% improvement in FPS and 70% reduction in Lag.
Apart from these gameplay features, the New Era will also bring in the PubG Mobile Global Championship with a whopping prize of $2 Millions.
Although there was no mention of Erangel 2.0, the developers mentioned that there will be a big surprise and it is supposedly the Erangel 2.0.