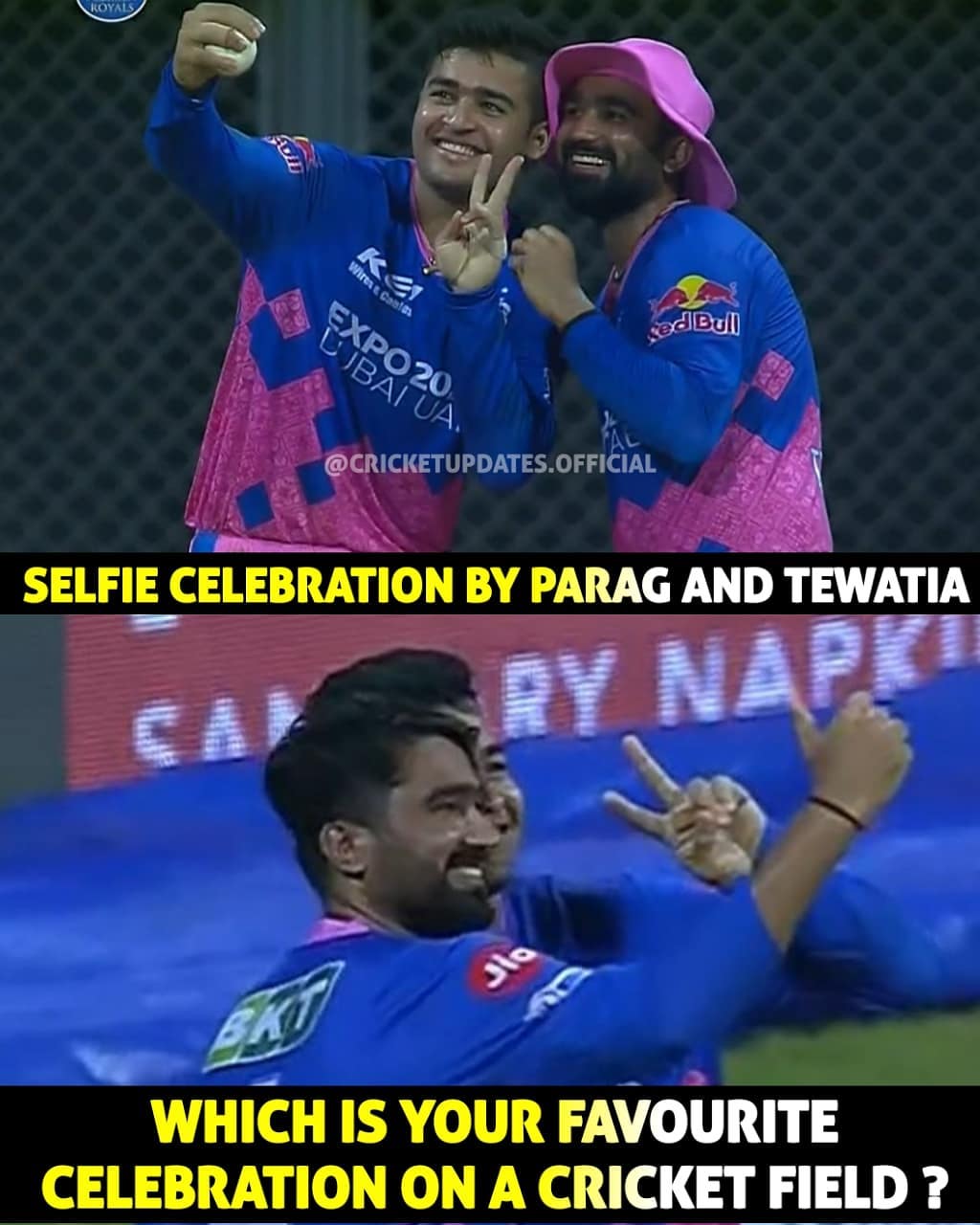 Rajasthan Royals are facing Kolkata knight riders at Wankhede stadium, Mumbai. Rajasthan captain Sanju Samson won the toss and elected to field first, which seems to be a very good decision by him at the moment as they restricted Kolkata to a total of 133 by taking 9 wickets.

Their big-money signing Chris Morris was the star bowler for Rajasthan Royals today as he took 4 wickets by giving away just 23 runs in his 4 overs spell. Whereas his fellow teammates Sakariya, Mustafizur, and Unadkat took 1 each. Pat Cummins who was the hero for Kolkata knight riders in a losing match against Chennai Super Kings was dismissed by Chris Morris in the very next ball he hit of him.

Riyan Parag who took the catch of the Australian all-rounder put on a celebration taking a selfie with his fellow teammate Rahul Tewatia. Rajasthan Royals are chasing the total at the moment with the loss of their opening pair Buttler and Jaiswal. Today’s win would be their second of the tournament.

Also Read : “Something is missing in our batting line-up”: Rohit Sharma