Skip to content
Famous singer Neha Kakkar who remains in controversy for many reasons sometimes for a remake of old songs and sometimes for her looks and glamour. According to her from the past, some days she is finding social media full of negativity and rumors because of which she decided to cut off from social media for some time, and before leaving the social media account she informed about this to her fans. While leaving the social media she said”I am going for asleep, and wake me up when this world will become a better place to live. a place where there will be freedom, love care, respect and people with huge heart good night” she also added “ may Marne ni jaari hu bss thore din k lie dur jaari hu” 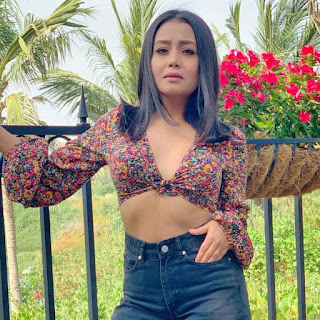 But now there is good news for fans, Neha is now back on social media and with her comeback, she posted a video with caption – tonight 8 PM  which got millions of like in 1 hour.
Sometimes we never know what comment or message on social media hurts the person and it is good to take a break for some time from virtual world and live in the reality.