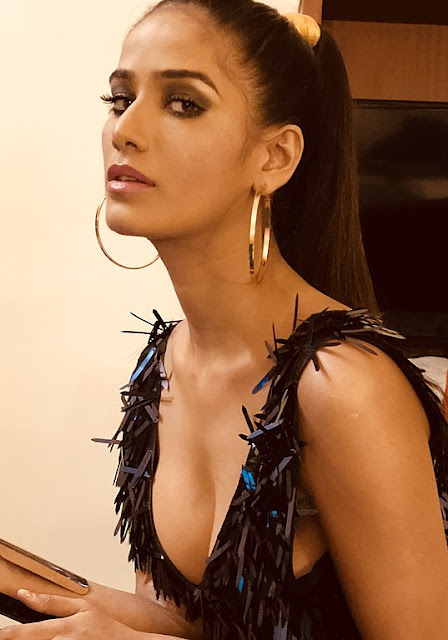 Model-actress Poonam Pandey has a long relationship with controversies and in this serious COVID-19 lockdown situation, she is again in the news. This time, Poonam has been booked by Mumbai Police for violating COVID-19 lockdown guidelines issued by the government.
Also Read: TOP 10 FASHION DESIGNING COLLEGES, TOP FASHION DESIGNING COLLEGES IN INDIA

According to Mumbai Police official, Poonam was found roaming on in her car along with a friend without any reason. She was held by Mumbai Police near Marine Drive.
Following this, a case has been registered by Mumbai Police against Poonam and her friend Sam Ahmad Bombay. Moreover, an FIR under sections 269 ( Negligent act likely to spread infection of disease dangerous to life) and 188 ( Disobedience of order duly promulgated by public servant) under the Indian Panel Code (IPC) has been filed and her car has also been seized by the Police.
Those who don’t know who is Poonam Pandey, kindly read below.
Also Read: Boys Locker Room Truth: Girl created a fake account?

Who is Poonam Pandey?

Why Poonam Pandey remain in controversies?

Since the advent of her career, she has always remained in the spotlight and became popular through her social media accounts including Twitter, where she usually posts her semi-nude and erotic photos. Hence, she has received lot of coverage through media by posting her explicit images over social media.
In 2011 during ICC Cricket World Cup which held in India, Poonam promised her fans that she will strip-off if India lifts the World Cup. But the irony is India lifted the World  Cup and she didn’t fulfill her promise. However, later she claimed that she was denied permission by BCCI.
Poonam also runs her official app which was taken down by Play Store as the app contained explicit content that was against the guidelines of Play Store.
Also Read: THE TOP INSTAGRAM INFLUENCERS 2020, INSTAGRAM INFLUENCERS WITH PICTURES