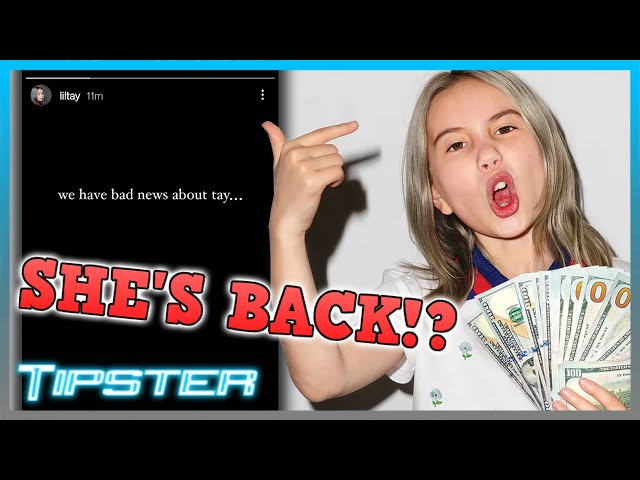 Lil Tay is back? Everyone’s in suspense

I guess many of you remember a social media influencer who was mostly known as Lil Tay. She’s always been known to flex about everything she had. If anyone of the readers used Instagram at all last spring then you’re bound to know her. She almost became a meme machine at just the age of 9. When she was in her junior School she was driving around a Rolles Royce. She even claimed that her toilet costs more than anyone else’s jewelry and also as claimed by her, the kitchen is bigger than anyone’s living room.

While Little Tay had disappeared from all kinds of social platform for a long time but recently there has been some news about her. We saw a story on her Instagram account after so many years saying, “We have bad news about Tay. “

There are, in the social-media universe, two kinds of influencers, meaning people who make money, one way or another, by amassing a following. There are those who pose thoughtfully for Instagram while reading a book of Rupi Kaur’s poetry by candlelight, a cup of tea by their side. These people hope to eventually get paid to post content for a wellness start-up.

But, in the manner of the Donald Trump of ’80s tabloid fame, the second group of influencers takes an almost opposite path. They tend to be younger and make their mark not on Instagram but on YouTube. They look straight at the camera and make statements meant only to shock. They are fourth-graders, but they curse. They are white but speak in blaccent. They get face tattoos so people will stop and stare. They repeat catchphrases — like “youngest flexer of the century” — to give viewers a mnemonic by which to remember them. Their specialty is becoming living, breathing memes, blips of pop culture that live in ten-second clips of viral photos. The attention sticks if they can attach themselves to a song or TV show.