Twitter in India, today, is flushed with tweets based on the hashtag #JusticeForAyesha. People across the country are demanding punishment for Hemant Soren, the Chief Minister of Jharkhand and a prominent leader of the JMM Party. To know the whole story, as to why #JusticeForAyesha is trending on Twitter, give this article a read.

A girl named Ayesha Ashfaq Khan wrote a heartbreaking letter to the Senior Inspector of Police, Bandra Police Station, Mumbai. In the letter, she mentioned that she was the same girl who had, in 2013, approached the Court of the Metropolitan Magistrate, seeking action on her complaint against Mr. Hemant Soren, the Chief Minister of Jharkhand, who allegedly raped her in 2013.
In the letter, Ayesha Ashfaq Khan has given a vivid account of the whole incident. She aspired to become an actor and to enter the film industry. In 2013, she met  Mr. Suresh Nagre, who was a close associate of Hemant Soren. Mr. Suresh Nagre initially behaved like a gentleman with her, and even motivated her to join the film industry. One day, Suresh Nagre called her up, and invited her to a high-profile party, luring her by saying that there would be many influential people there, who could help her make a shining career in the film industry.
The naive Ayesha Ashfaq Khan went to the hotel where the party was supposedly going on, only to find out that there were only five men in the room to which she was invited, two of them being Hemant Soren and Suresh Nagre. She was made to have dinner with them, though she felt uncomfortable, being the only girl in the presence of five unknown men. Hemant Soren, at first, sounded like a decent gentleman to Ayesha. After dinner, when she was about to leave the room with her acquaintance Suresh Nagre, the latter forcefully slammed the door and asked her to stay in the room and wait for him to return
Anxious and broken, Ayesha Ashfaq Khan started trembling with fear, as she was left alone in the room with Hemant Soren, who, taking advantage of the girl’s plight, started touching her inappropriately. Though she protested, he didn’t hold back; in fact, he undressed completely and made Ayesha undress too. He threatened to throw her from the 21st floor of the hotel building if she didn’t obey him.
According to Ayesha Ashfaq Khan, Hemant Soren hurt her a lot while having sexual intercourse, and behaved like a “sex maniac”. At 3 am, she was asked to leave the room, as another woman entered. Her life turned topsy turvy, as Hemant Soren had threatened to get her killed if she revealed the alleged rape to anybody. 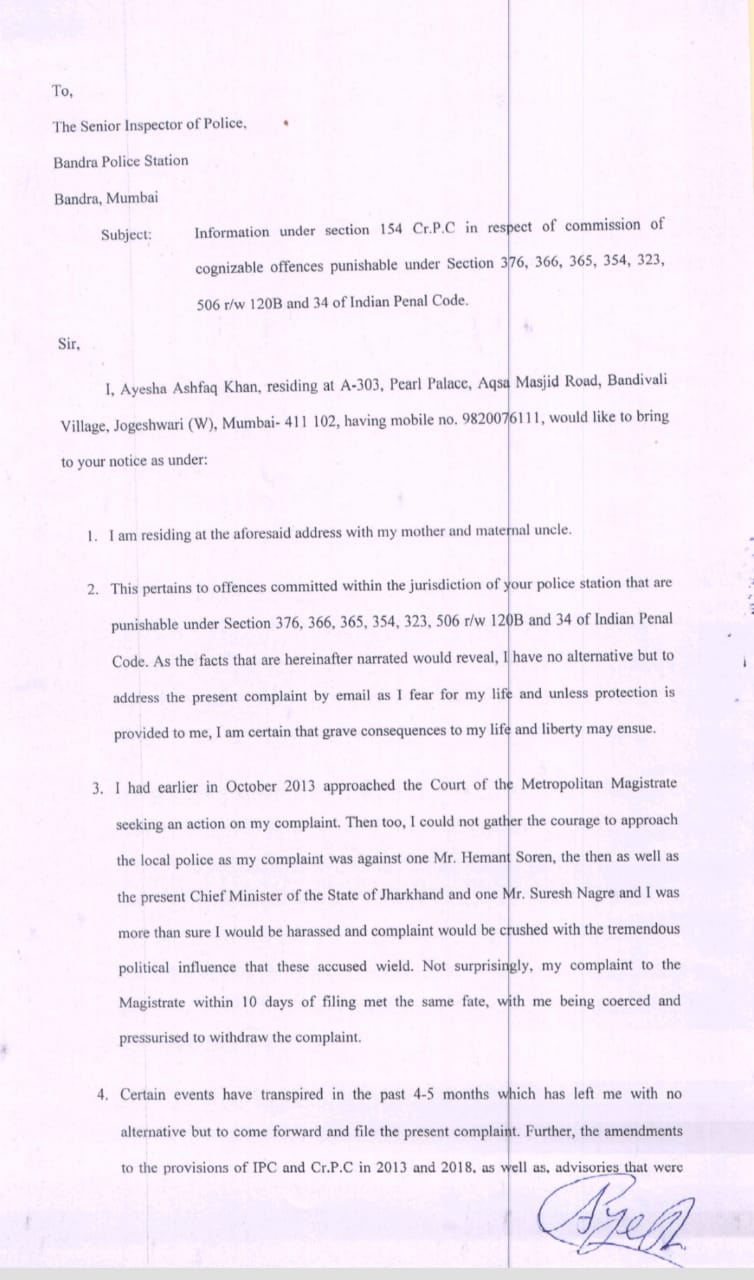 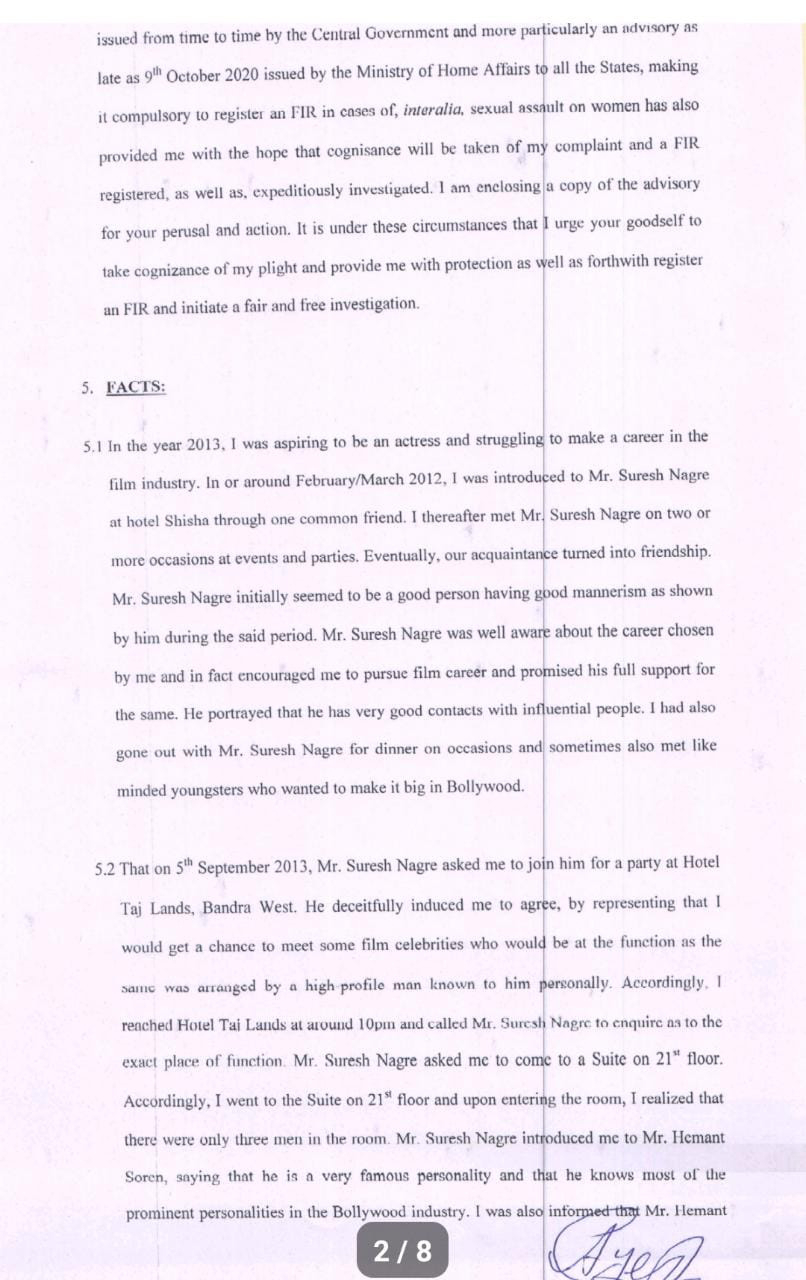 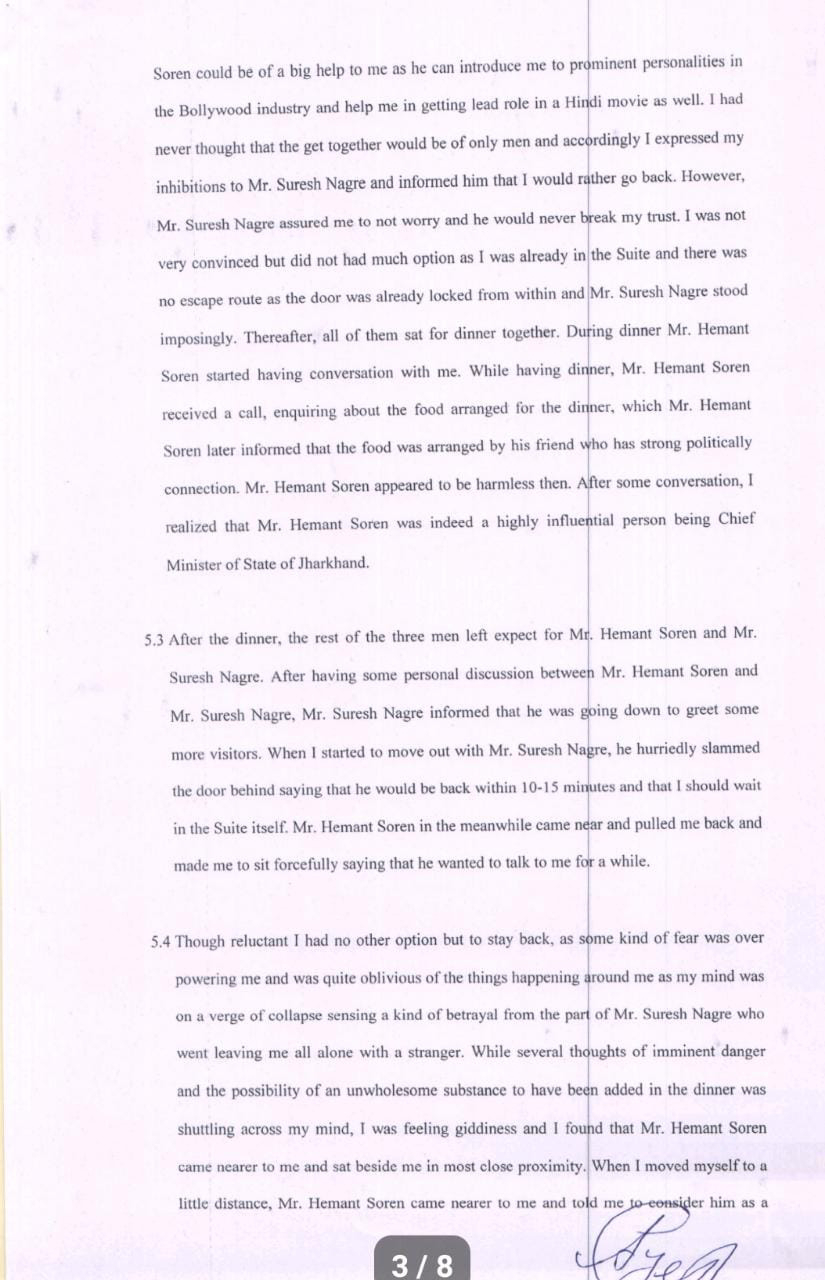 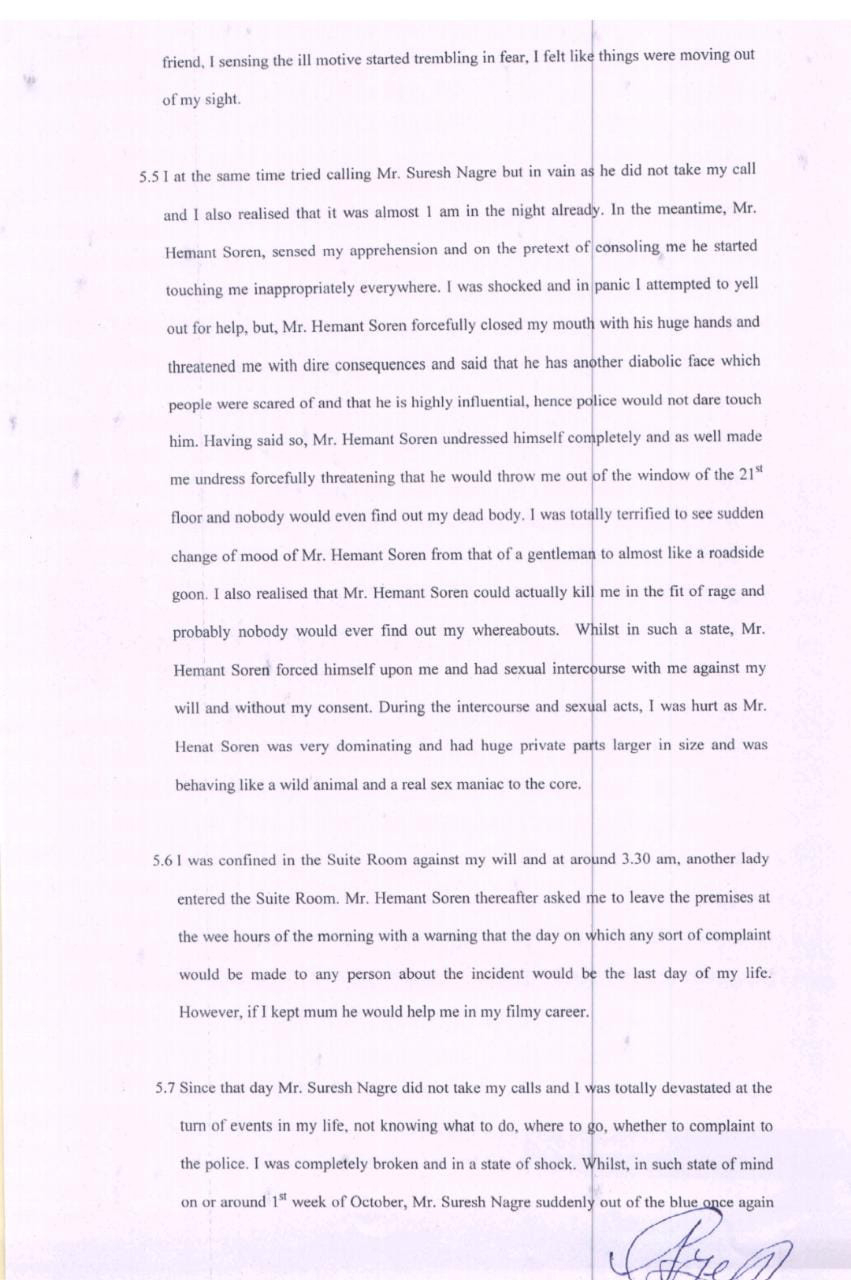 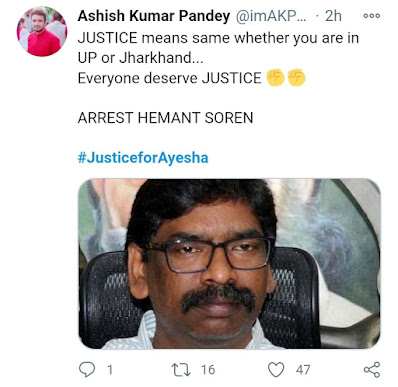 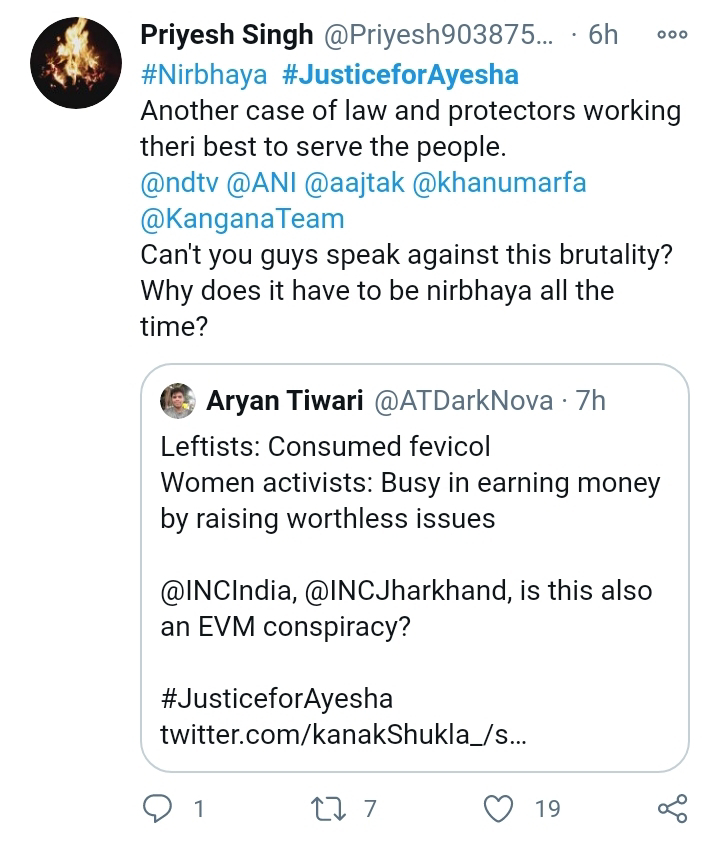 It is unfortunate that in a country like ours, which is known to be the largest democracy in the world, political power is being used so brutally. Incidentally, Nirbhaya was also brutally raped on December 16, the date on which this article is being written.
The letter written by Ayesha Ashfaq Khan can bring tears to every eye, or at least pierce the soul of every conscientious person. Let’s make the hashtag #JusticeForAyesha go more and more viral so that we too can contribute our little part in getting justice dispensed to Ayesha, and in punishment meted out to Hemant Soren if the facts are proven true in the Court of law.
#JusticeForAyesha
Also Read :
Also Read :“Lambocar” Featuring Guri And Neha Sharma Released
Also Read :“Abey Yaar” – New Song Featuring Fotty Seven and Rapper Bali
also Read :Divya Khosla Kumar’s New Song “Besharam Bewaffa