Skip to content
The most popular series Jurassic Park is all set to bring Dr. Dodgson the original rival of Jurassic park back into the film. For people who don’t know about Dr. Dodgson, he is the original rival in the first part of the film he was the businessman who paid Dennis nerdy to steal the data for the embryo of the dinosaurs as he formed the firm biosyn which is rival bioengineering firm by mistakenly Dennis open the gate of the Jurassic Park and from there the problem begin this whole summary was of Jurassic park part 1 which was released in the year of 1993 this role was first played by Cameron Thor which was directed by Steven Spielberg. 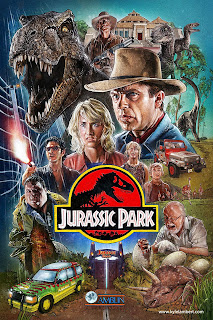 After 27 years there is return back of Dr. Dodgson in Jurassic World: Dominion directed by Colin Trevorrow and this role is going to play by the Campbell Scott this movie is third part in the Jurassic World series and 6th part in Jurassic park Franchise according to the sources in this part Dr. Dodgson will come back as the CEO of biosyn also there is good news that Jeff Goldblum, Sam Neill, and Laura  Dern are also coming back in the Jurassic world: dominion due to COVID 19 pandemic this movie is going to release in 2021. Get ready to relive the Jurassic park with all the old characters in the new Avatar.