Isabelle Kaif is finally ready to make her official debut in a lead role in Bollywood. She has been paired with the young gun Sooraj Pancholi for an upcoming highly anticipated dance movie titled ‘Time to Dance’. Isabelle Kaif might not have the luck of her elder sister Katrina Kaif of being launched alongside one of the biggest names in Bollywood, but she isn’t new to the audience, she is very popular as the only sister of one of the most beautiful heroines in Bollywood now. 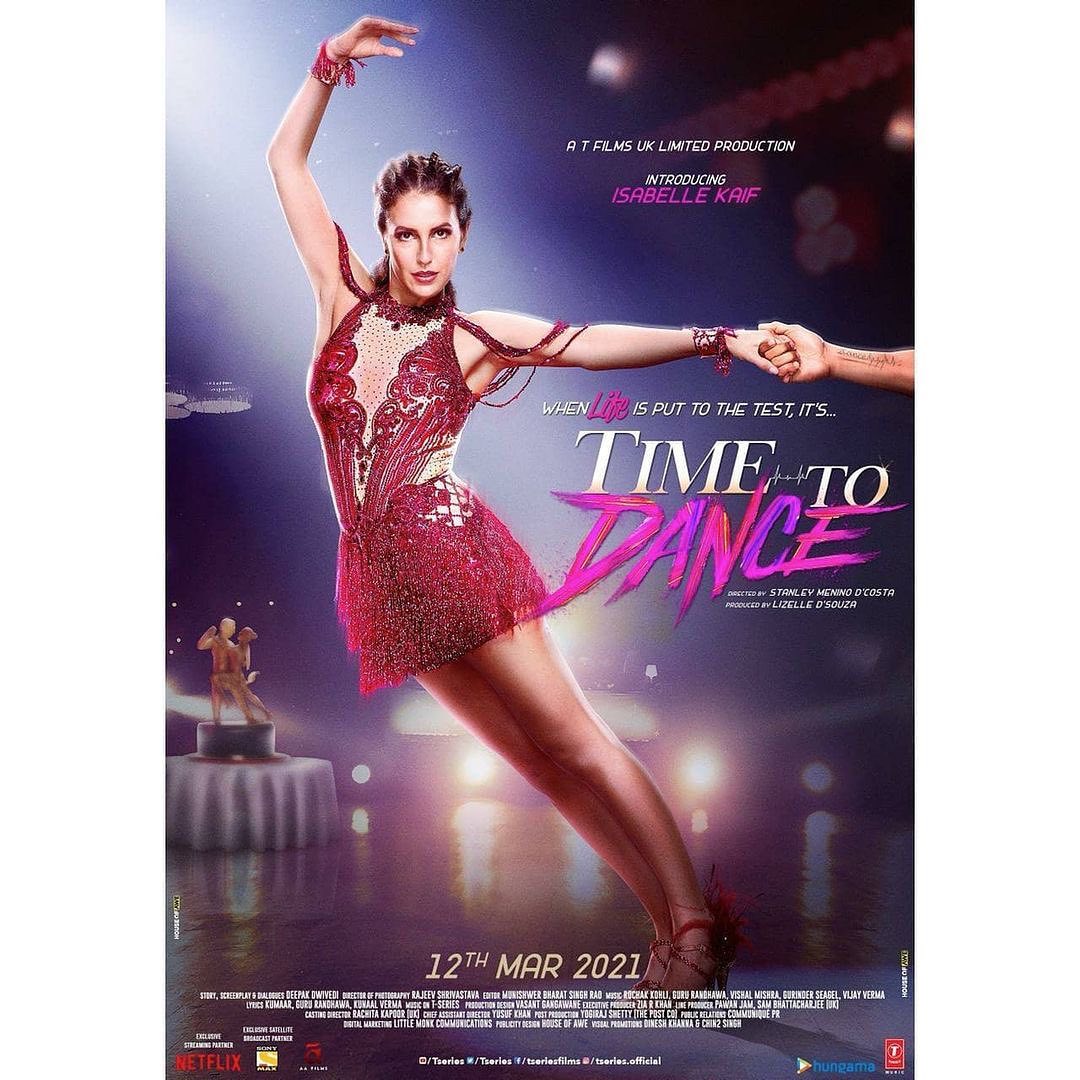 Sooraj Pancholi can’t be said to be a new face now either. Although he has been in talks, media, and controversies for years, his debut movie took its own time for the official release. With his Godfather Salman Khan’s hand always supporting his shoulder, and him being the son of vintage star Aditya Pancholi, he has been a known face in the industry for a long time now. Other actors which fill in the cast are the very beautiful model and actress Waluscha De Sousa. Adding a comic element to the movie is Rajpal Yadav and Saqib Saleem is also featured in a major role.

Vaguely based out on and around a Ballroom dance Competition featuring the pair as an underdog who would take on the world stage by a storm, this is a story of the pair’s rise out of a major fallback in their dancing careers. This movie also features the very beautiful model and the actress who made her way into Bollywood with the 2016 movie ‘Fan’, Waluscha De Sousa.

This film has been written by Deepak Dwivedi, produced by Lizelle D’Souza and directed by Stanley D’Costa. The album features some of the biggest names in the industry and promises are to be expected from Rochak Kohli, Vishal Mishra, and Guru Randhawa. Film’s pre-production began in March 2018, and shooting commenced in London in June 2018.

The film revolves around the lives of Sooraj Pancholi plays a Street dancer who later on trains and evolves himself into a Ballroom dancer. While Isabelle Kaif plays a professionally trained Ballroom Latin dancer who goes through a phase of injury and comes back from it with a bang. These two opposites come together to bring you the best of both worlds. This movie also introduces the British actor Sammy John Heaney in a pivotal role. Big names like Saqib Saleem and Rajpal Yadav also feature in this movie and great performances are expected out of them.

Nearly two years into the making and after being postponed due to the pandemic, this movie is finally ready to be released on March 21st this year. Will Isabelle Kaif receive an equally warming welcome into the industry with a hit? Will this be yet another big-budget dance movie that joins the successful list of ABCD, Street Dancer, and Munna Michael? Will this movie be the turning point for Sooraj Pancholi’s career? Too many questions and only one way to find out! So don’t forget to watch the movie, releasing in Indian cinema halls on March 21’st 2021.