#indiawantsperman (India Wants Perman) has nowadays become one of the most trending hashtags on Twitter these days.

Netizens always come up with new hashtags, which either pertain to an ongoing trend on a topic that is creating news or to raise a particular demand. This time, Twitteratis have come up with a new hashtag: #indiawantsperman (India Wants Perman), in order to raise their demand for making movies on Perman, a fictional cartoon character.

People are even signing petitions on the online platform Change.org, to give voice to their demand for the making of a movie on their favourite cartoon character, Perman. They say that unlike Shinchan and Doraemon, who have a lot of movies based on them, Perman, though a brilliant cartoon series, has no movie based on it. 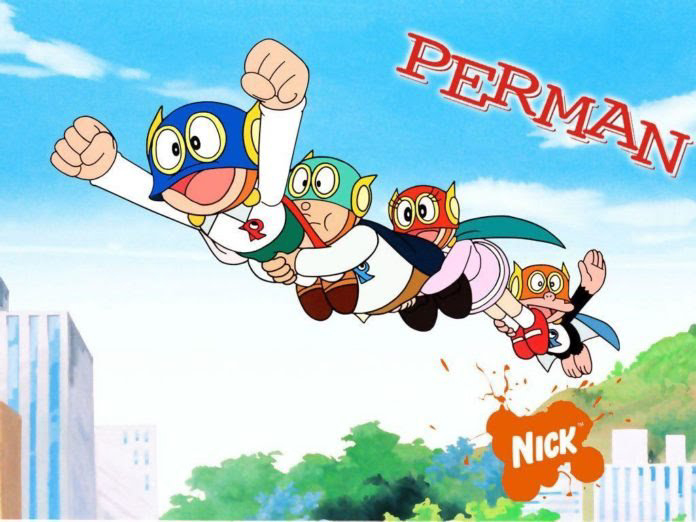 Perman fans are also demanding the telecast of Perman episodes on Hungama TV and Disney Channel. So far, more than 10,000 people have signed the petition. We can figure out the zeal and excitement fans are having to be able to watch a movie on Perman, from the following tweet of a fan:
丨Also Read:Fau-g Game Preregistration : How to Pre-Register For Fau-g Game ,fau-g memes 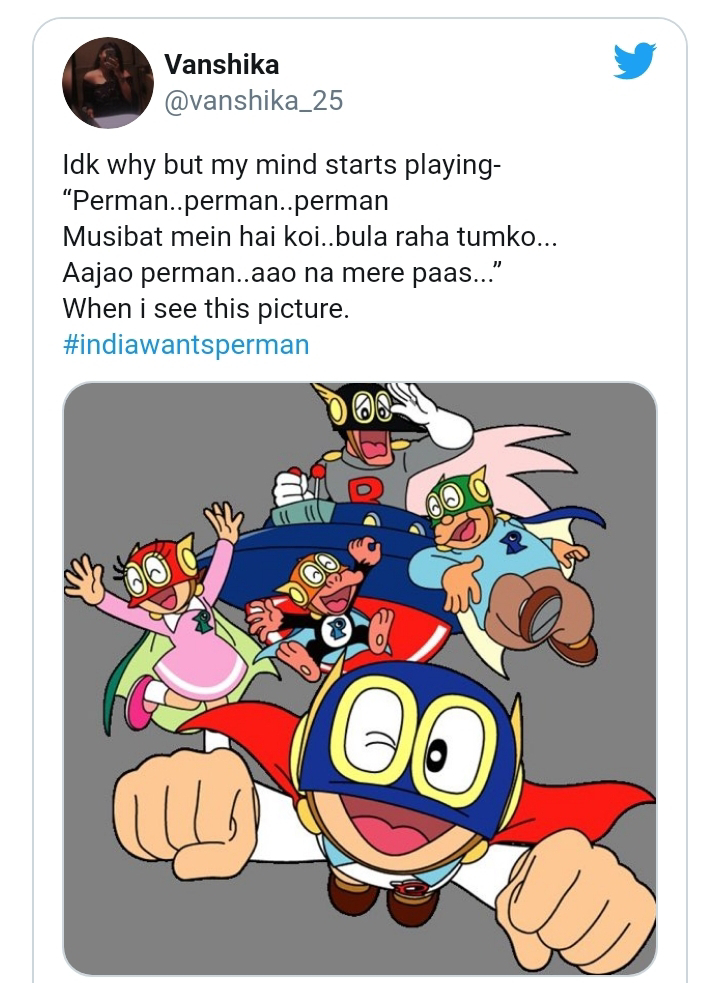 In today’s world of social media, memes have become an integral part of the lives of youths. Thus, netizens have come up with hilarious memes on the trending #indiawantsperman hashtag: 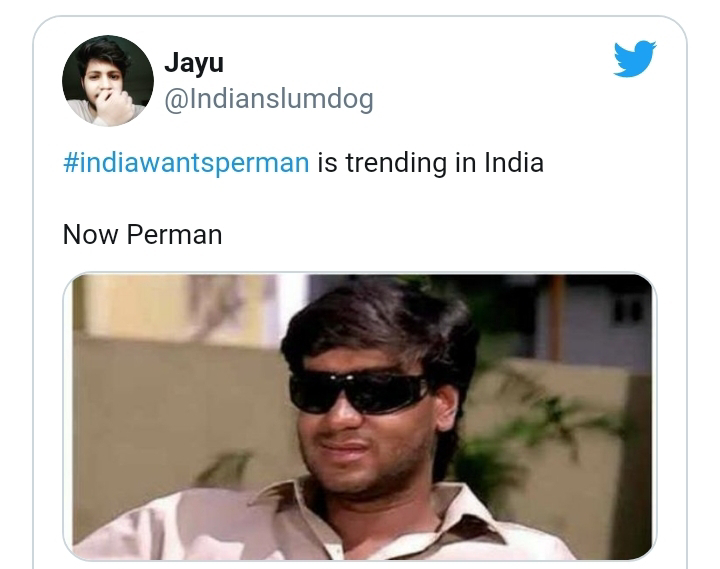 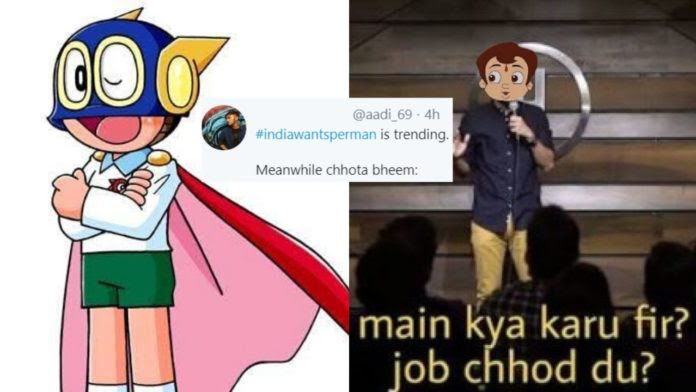 Since the hashtag “#indiawantsperman” had no capital letters in it, some people even hilariously misread it as : “sperm man”! And of course, a number of laughable memes were made on this as well: 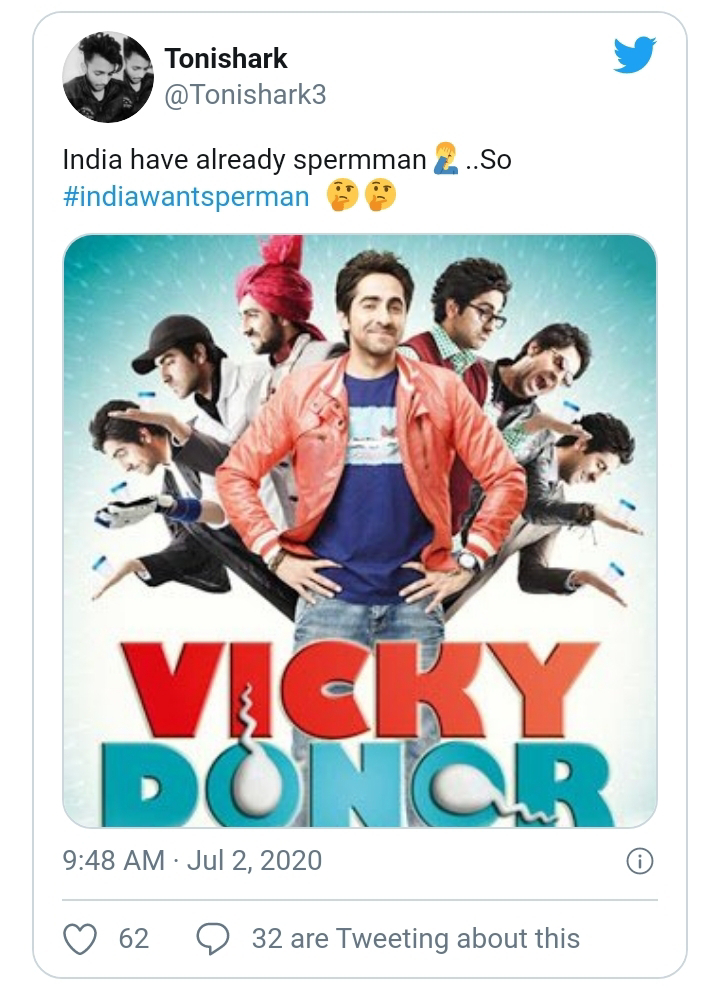 The hashtag “#indiawantsperman” (India Wants Perman) has become one of the most trending hashtags on Twitter.