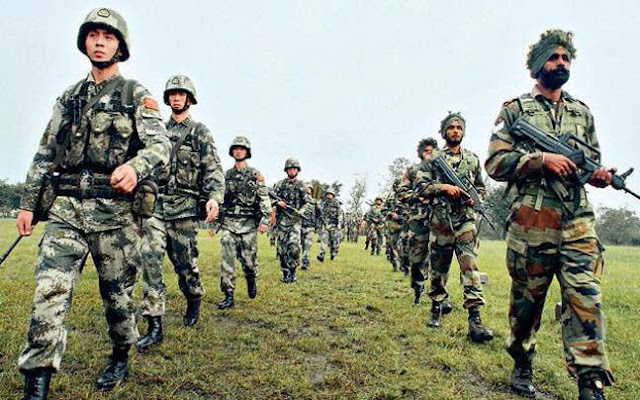 Tension on LAC (Ladakh and Sikkim border) is rising between Indian and Chinese armies. Armies on both sides have brought in the additional troops after the two mentioned above were involved in a face-off near Naku La involving 150 Indian and Chinese army personnel. In this face-off, 7 Chinese and 4 Indian Army personnel were injured.
The face-off was similar to what happened in Dokhlam in the summer of 2017 and was followed by a 73-day stand-off on the trijunction of the territory. At that point in time, it seemed like this dispute might even trigger a war between nuclear-powered neighbors. However, holding a strong stand, India showed its military and diplomatic power and resolved the issue in a peaceful manner. It seems like China has forgotten its lessons from the Dokhlam dispute.
Also Read: WE SUPPORT SUDHIR CHAUDHARY THREAT CALLS TO SUDHIR CHAUDHARY
In lieu of this face-off, no official comments were accounted for from the Army as well as by the Ministry of External Affairs. However, the Ministry later responded and said: “it remained committed to maintaining peace and tranquility along the border with China, noting that such incidents can be avoided if there was a common perception on both sides”.
Both the nations have brought in the armies in the sensitive areas such as Demchok, Pangong Tso Lake, and Daulat Beg oldie. Moreover, both the armies have rushed and deployed the additional forces on the disputed border of Northern Sikkim.
Also Read: FAIZAL SIDDIQUI ACID VIDEO: NCW ISSUES NOTICE TO TIK TOK STAR

In the reports of Chinese Official media, it is claimed that China has bolstered its border control in Galwan Valley of Aksai Chin. Also, the media claimed that China escalated its aggressive behavior in the response of illegal construction of military facilities by India in the Chinese territory of Galwan Valley.
Further, this aggressive response can be accounted for India’s escalating border row with Nepal with the construction of a strategically important road linking Lipulekh pass with Dharchula in Uttarakhand.
Following this, Army Chief Gen MM Naravane said Nepal disregard the opening of this newly inaugurated road on the behest of “someone else” in a possible instigation by China in this matter. However, Nepal rejects the claim.
The Lipulekh Pass is a far western point near Kalapani. Kalapani is regarded as a disputed territory as both India and Nepal claim their control over the disputed territory.
Also Read:  GUIDELINES FOR LOCKDOWN 4.0
In this matter, China on Tuesday said that Kalapani is an issue between India and Nepal. China has no saying in this matter and we hope that India and the fellow country solve this issue through friendly consultation.
Moreover, just 2 days back, a Chinese helicopter was seen crossing the international border and entering the Indian territory of Lahaul Spiti in Himachal Pradesh. To cover this up, China commented that the borderline is not clear in that region and the helicopter by mistake entered the territory.
India and China has a border dispute which covers 3,488 km long Line of Actual Control. Moreover, China claims Arunachal Pradesh as a part of Southern Tibet while India has full control over the state. Since China is unable to claim this integral state at the global level it is very keen on the reorganization of J&K and has criticized the Indian Union Government for making Ladakh a Union Territory.
However, this attitude over Ladakh seems very unprofessional o the end of China as Ladakh is an undisputed integral territory of India.
Hopefully, this time also, India with its diplomatic and military tactic will solve this issue.
Also Read:  Justice for Apurva, #JusticeForApurva: The Story of Apurva Singh, Delhi