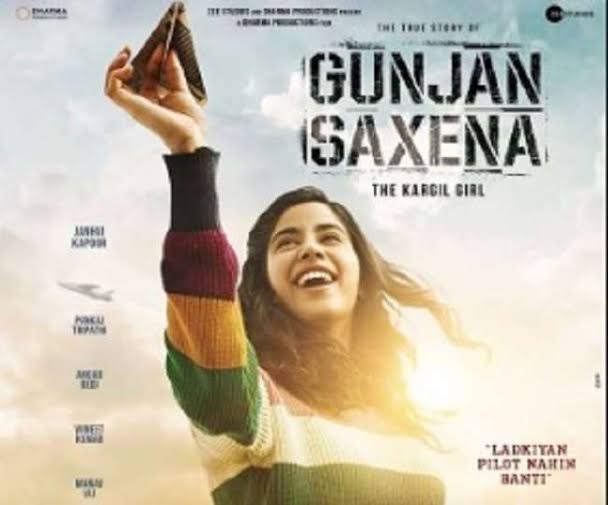 Gunjan Saxena: The Kargil Girl is the story of a women who strives to become a pilot and joins the Indian Air Force. The movie motivates all the women to work hard and fight for the nation. The movie was digitally released on Netflix on 12th August, 2020. It is produced by Dharma Productions and Directed by Sharan Sharma. The lead actors of the movie are Janhvi Kapoor and Pankaj Tripathi.
Gunjan Saxena Movie Plot:
The movie starts with the story of a girl, Gunjan Saxena (Janhvi Kapoor) who wishes to become a pilot in the future. Her father, Mr. Saxena (Pankaj Tripathi) supports her in the dream. He conveys her to join the Indian Air Force and serve the nation. At first, she learnt to fly a plane and helicopter, but did not met the criteria to become a pilot in the Indian Air Force.
Afterwards, her father makes her work hard and she consistently takes efforts to meet the criteria and join the Air Force. At her testing stage, she fails to meet the height criteria but due to additional feet and hand height, she got selected in the Indian Air Force. She was posted at the Udhampur Air Force Base Camp.
For the first time in history, a female pilot was posted in the Air Force Camp at Udhampur. She faced many problems at the initial stages and faced many stereotypes. There were no washrooms for females and her co-pilot always praised the senior Air Force Officer and made her sortie cancelled. After a month, the head pilot at Air Force took the stock of the situation and asked Gunjan for the reasons of her less flying hours. Gunjan revealed the truth and the Senior Officer tested her skills and she managed to win his confidence.
After that, Gunjan became pilot of the month for 122 flying hours. She was awarded to lead a drill which was boycotted by the men dominant Air Force Officers. After that she left the Air Force Station and went home. After realizing her mistake when her father scolded her, she went back to Udhampur and by the time, Kargil War between India and Pakistan was started. She was posted at Srinagar Base Station. She made her first flight to locate the coordinates of enemies but was criticized after the nation new that a women pilot is on board. She was sent back but called upon due to an emergency.
In the emergency, Gunjan managed to rescue the pilots in Hawk I plane. She was successful in rescuing and providing relief to the Indian Army Personnels in Kashmir Valley. She operated around 80 successful rescue operations and was highly praised by the Indian Air Force and Army. The movie ends after her first rescue mission. 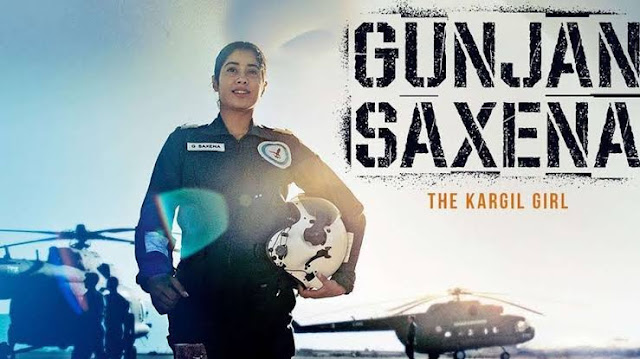 Gunjan Saxena Movie Review:
Gunjan Saxena Movie breaks all the stereotypes in the society and promotes the idea of women empowerment. Gunjan sets an example in the society that women are capable of doing anything in the society and they can do miracles by their talent. The movie presents and portrays women empowerment in a perfect manner.
Hats off to the actors of the movie Janhvi Kapoor and Pankaj Tripathi. They both have been successful in playing their roles. Janhvi Kapoor has provided justice to the character of Gunjan Saxena and there can be no one better than Pankaj Tripathi playing the role of Gunjan’s Dad in the movie. 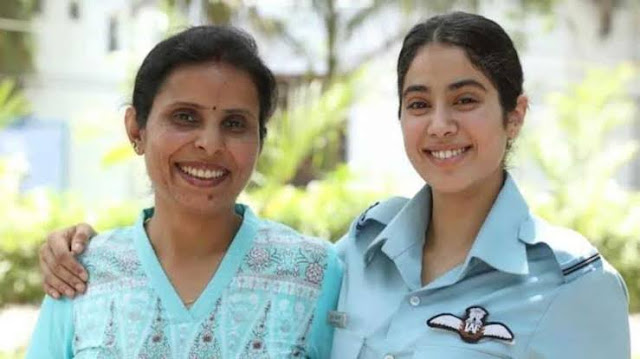 Gunjan Saxena is a must watch movie. You can subscribe to Netflix and enjoy the movie. The length of the movie is 1 hour and 48 minutes.
Readerscook Ratings: 9/10