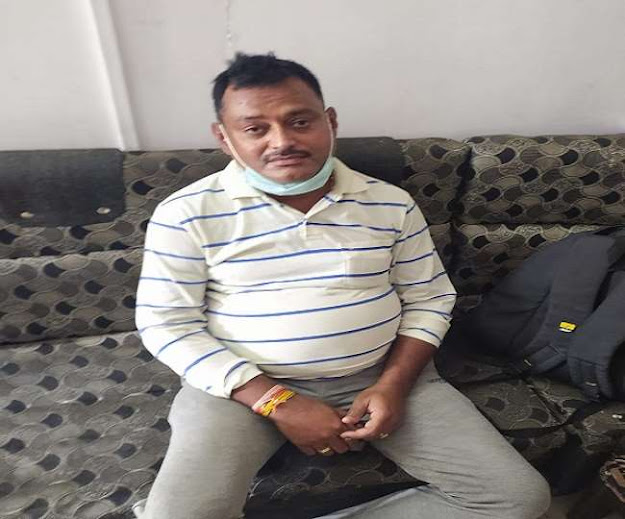 Vikas Dubey, wanted for killing 9 Police Officials in Kanpur, was arrested on Thursday (9/7/20) from the city of Ujjain in Madhya Pradesh. Vikas Dubey was the man responsible for killing 8 Police Officials on July 3, 2020 when U.P Police carried out a raid at his Kanpur Residence.
During this operation, Dubey and his goons ambushed the Police by opening fire on them via rooftops. This firing led to the death of 9 Police officials while injuring several others. Dubey has been on the run since. His top aide was killed in an encounter on July 8, 2020.
And in a major crackdown, the Police have now arrested Vikas Dubey from Ujjain, Madhya Pradesh. After the Kanpur encounter, the Police had launched a massive manhunt for Vikas Dubey and all his accused associates. It was reported that Vikas Dubey was staying at a hotel in Faridabad, Delhi NCR.
And now the dreaded gangster has been arrested by the Uttar Pradesh Police from the Mahakaal Temple in Madhya Pradesh. This will be a major breakthrough for the UP Police as Dubey’s arrest will also reveal the names of politicians or top Police officials or bureaucrats who were helping him or maybe abetting him.