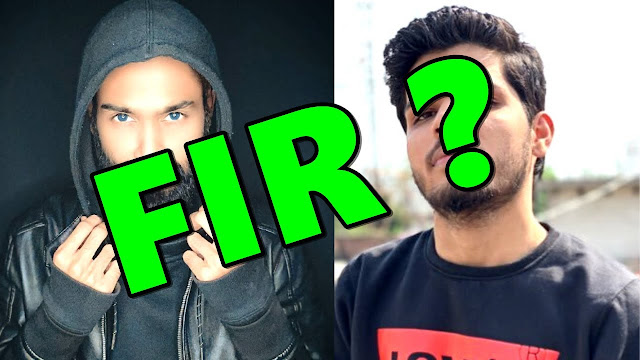 In what comes to a shocking news to every community on social media, fresh FIR’s were filed against Tik Tok Star Amir Siddiqui and Youtuber Lakshay Chaudhary.
As per our reports, both the cases are different cases and two different FIR was filed against them.

Social Media Roasting and use of abusive language is making people intolerant and people just can’t take harming the identity of themselves and their community, whether it is religious or on social media.

Amir Siddiqui gained a name for quite a wrong reason,i.e. for going against carry Minati and creating a trending social media controversy called the Tik Tok vs Youtube.

What is the reason behind Amir Siddiqui’s FIR?

FIR against Amir Siddiqui was filed by his close ally and casting director Noor Siddiqui. Noor claimed that Amir had already harmed the entire Tik Tok Community by going against Carry Minati  and now, he has vulgarly commented on my social media posts and is giving me threats to harm my family.

What is the reason behind Lakshay Chaudhary’s FIR?

FIR against Lakshay Chaudhary was filed by some of his followers who filed it at a police station and posted a copy of FIR on an Instagram story.
The reason behind Lakshay’s FIR has been said is prominently due to his comments on the Islamic Community and the holy month of Ramzan. Fans believe that roasting is one thing and going against someone’s beliefs is another and Lakshay crossed the line.
Till now, both the Social Media Stars have not responded to this news. But the evidence for the FIR’s are out and the lawyer’s said that there will be an investigation soon. So it seems that FIR against Amir Siddiqui and Lakshay Chaudhary will put them in new trouble.
Stay tuned with us for more updates.