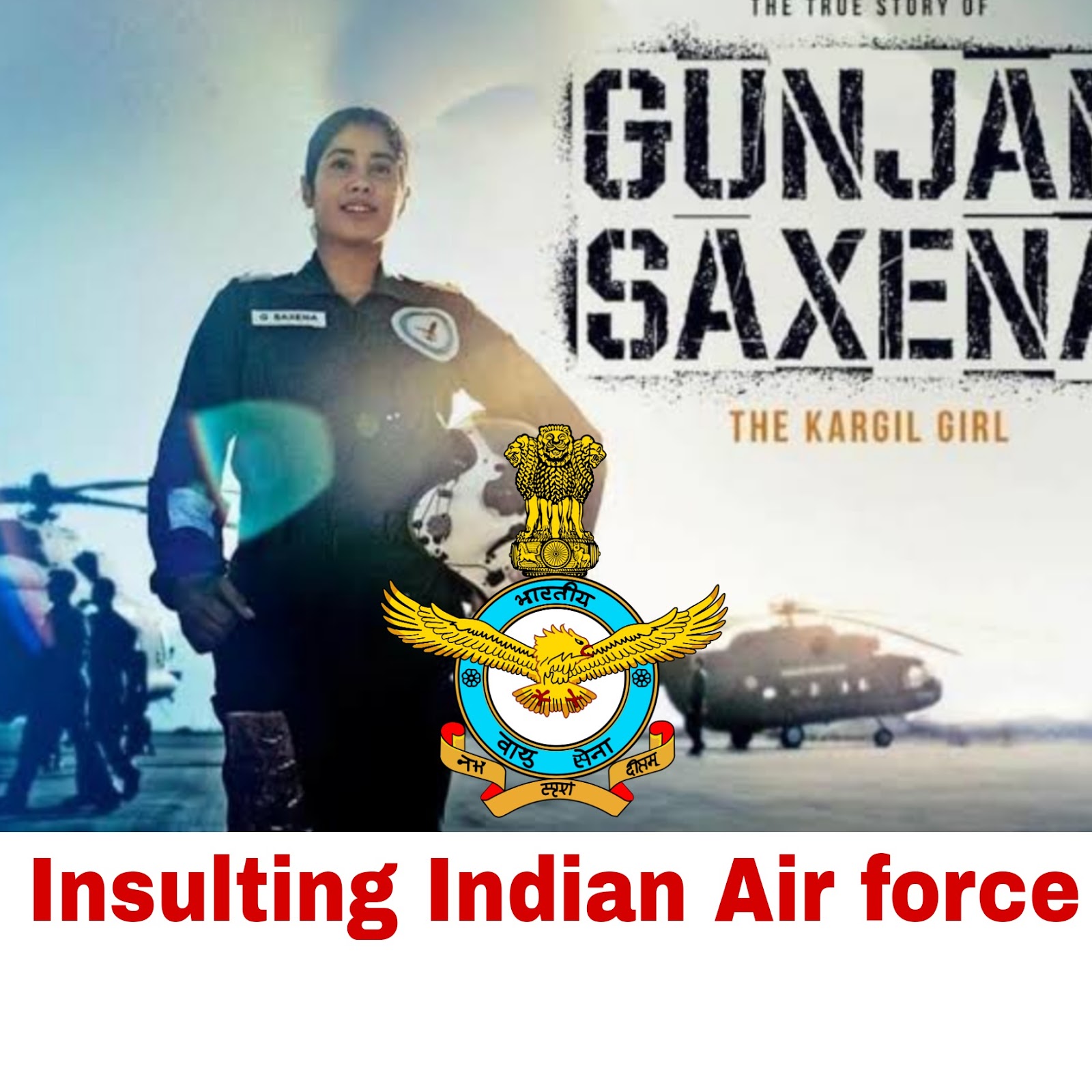 why demands of the ban on Gunjan Saxena movie?

as all of know, the movie is the biopic of Gunjan Saxena who is known as Kargil girl in this biopic movie where the facts are been manipulated and distorted for the sake of interest which disrespecting the Indian air forces

after this incident, twitter trends with hashtags Bollywood insult Iaf after the news showed in republic tv