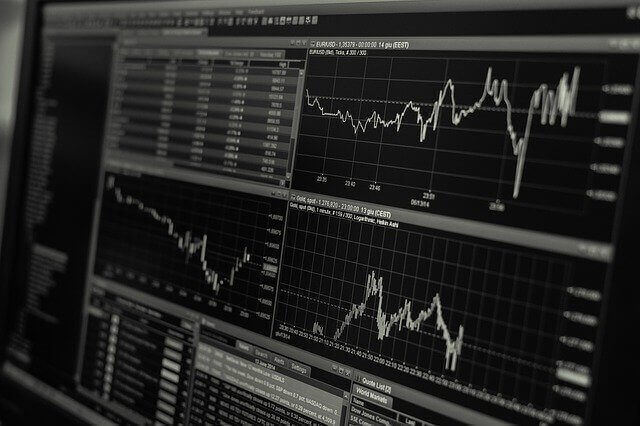 According to a recent report, there are some cryptocurrency experts who believe that Bitcoin could be worth $100,000 by the end of 2022. That might make you want to run out and become a Bitcoin investor ASAP.

But before you do that, you should be aware of the fact that Bitcoin is volatile. Bitcoin prices are always going up and down, which should make you at least a little bit wary when it comes to investing in it.

A recent survey revealed that about 16% of Americans have invested in or used cryptocurrency. That number is expected to grow in the years to come.

It’s important to understand Bitcoin volatility and the potential impact that it could have on you if you invest in Bitcoin. You don’t want to have too many volatile assets in your financial portfolio since it could affect your ability to keep your net worth moving in the right direction.

Today, we’re going to talk about Bitcoin volatility at length so that you have the information you’ll need to make smart cryptocurrency investments. Continue reading to get the latest scoop on the volatility of Bitcoin.

How Volatile Is Bitcoin?

Why Is Bitcoin So Volatile?

Why Is Bitcoin So Volatile? Bitcoin has turned into the most popular form of cryptocurrency in recent years. As a result, it isn’t quite as volatile as some other types of cryptocurrency. But even with this in mind, Bitcoin does remain somewhat volatile for a number of reasons. Here are several reasons why Bitcoin volatility is still something that you’ll need to worry about when you invest in Bitcoin: Bitcoin remains in its infancy stage since it’s only been around for about 15 years now Bitcoin is constantly dealing with new government regulations Bitcoin receives a lot of media hype, which can be both a good and bad thing for it In addition to these aspects of things, there is also a finite amount of Bitcoin out there in the world. It can sometimes lead to simple supply and demand issues with it.

On the surface, it might seem as though Bitcoin volatility is a bad thing. But in reality, those interested in investing in Bitcoin can actually use its volatility to their advantage.

Every so often, the price of Bitcoin will go down for one reason or another. When it does, it’ll provide people with the perfect opportunity to invest in it. They can adhere to the age-old investing idiom “buy low, sell high” when it comes to Bitcoin.

They won’t always get these same kinds of opportunities when investing in other things like gold. The price of gold doesn’t vary all that much from one day, week, and month to the next, which means that people can’t always “buy low” with regard to it.

That being said, you will have to be careful when investing in Bitcoin when the prices for it are on the lower side. There is always a chance that the Bitcoin prices could slump even lower for an extended period of time and leave your money tied up in an investment that isn’t offering any returns.

But if you play your cards right, you might be able to take advantage of Bitcoin volatility for your own good. The key is staying in tune with what’s going on with Bitcoin and choosing the right times to buy it.

Does Bitcoin Volatility Make It Unsafe?

Safety has always been one of the top concerns for those investing in Bitcoin and other forms of cryptocurrency. People aren’t sure if their money is going to be safe when buying Bitcoin.

The truth of the matter is that all investments can be unsafe if you don’t work to minimize risk when making them. Bitcoin is no different. Bitcoin prices could plummet at almost any point and leave you holding onto investments that aren’t worth anything at all.

There isn’t any way to eliminate the risk associated with investing in Bitcoin. But you can reduce it by keeping tabs on Bitcoin volatility and picking and choosing when you want to buy it.

How Can You Keep Up With Bitcoin Volatility?

Because Bitcoin is so volatile, you should make sure that you’re making a strong effort to keep up with Bitcoin volatility at all times. The last thing that you want to do is invest in Bitcoin without recognizing how volatile it is at any given moment.

So how can you do this? There are lots of different ways in which you can keep up with Bitcoin volatility so that you’re able to determine the right times to buy Bitcoin.

First and foremost, you can do it by reading articles about Bitcoin. You’re likely going to spot some volatility when either positive or negative developments regarding Bitcoin are being reported by the media.

You can also do it by watching TV shows that cover Bitcoin and other types of cryptocurrency. They’ll provide you with some valuable insight into which direction Bitcoin prices are moving in.

You can even do it by stopping by a Bitcoin ATM in your area to see where the Bitcoin prices stand. You can use this kind of ATM to buy and sell Bitcoin while staying abreast of the Bitcoin situation.

Is Bitcoin Always Going to Be Volatile?

Bitcoin volatility is something that cryptocurrency investors are going to have to deal with for at least a little longer. It’s going to take some time for the Bitcoin prices to stabilize.

But if Bitcoin is able to continue to prove that it should have a place within the financial industry, it shouldn’t be too long before Bitcoin prices are able to become stable. It’ll make investing in Bitcoin a safer proposition for people and enable more people to get involved in buying and selling cryptocurrency.

This obviously isn’t going to happen overnight. Bitcoin will need to keep on trending up in order for Bitcoin prices to stabilize. But with Bitcoin moving in the right direction thus far, it isn’t too difficult to imagine a time when Bitcoin will be a stable investment for those interested in investing in it.

How Concerned Should You Be About Bitcoin Volatility?

If you’re going to take a leap of faith and invest in Bitcoin at this time, Bitcoin volatility will be something you’ll need to be concerned about. You shouldn’t ever begin investing in Bitcoin without first considering the volatility that you’ll have to deal with.

You also shouldn’t invest in Bitcoin and other forms of cryptocurrency exclusively. Your crypto investments should represent a relatively small portion of your portfolio.

If you sink too much money into Bitcoin and other types of cryptocurrency and the bottom falls out on them, it could put you into a tricky spot. It’s why you should only invest a small percentage of your money into crypto.

You should also keep up with all the latest news on Bitcoin. By monitoring Bitcoin prices, you can decide when the best time to buy it would be. It’ll make you a much smarter Bitcoin investor and ensure that you’re able to capitalize on each and every crypto investment that you make. Also, make sure to go through the MT4 liquidity indicator to get updates about liquidity

Find Out How You Can Use Bitcoin Volatility to Your Advantage

If you’re someone who has toyed with the notion of buying Bitcoin, you should look into doing it sometime soon. Buying Bitcoin could prove to be one of the best investment decisions you’ll ever make.

Just be sure to keep Bitcoin volatility at the forefront of your mind while investing in it. It’ll allow you to make the smartest Bitcoin investments possible.