Amir Siddiqui replied to Carry Minati by posting a video on his Youtube Channel. The irony lies therein that the Tik Tok Star posted a video on Youtube channel instead of his popular Tik Tok Account.
The highlight of the video was that Amir constantly mentioned that, Amir is against cyberbullying.

What is the story? 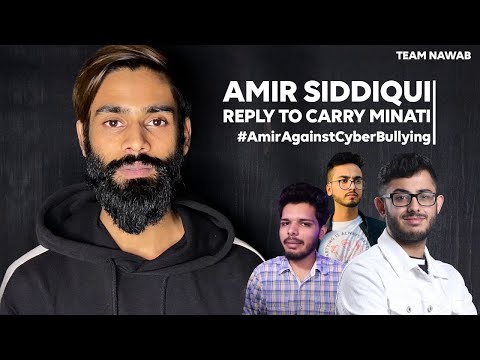 Amir Siddiqui had completely lost his image and he had to come up with something unique. So he posted a video highlighting that he is against cyberbullying.
His fans responded to the video and trended the video on social media with a popular hashtag, #AmirIsAgainstCyberBullying.

What went wrong in Amir’s Publicity? 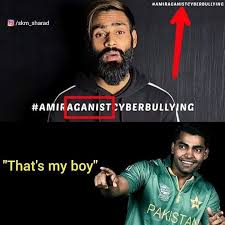 Source: Twitter
Meanwhile, the Carry Minati followers trolled Amir for his spelling mistakes. 6 saal Moscow, Amir learn english was also trending on Twitter.
Amir mentioned he is against cyber bullying but his against turned out to be aganist. This gave the trollers a chance to roast Amir again.
Amir constantly mentioned on social media that Amir is against cyberbullying. Cyberbullying is wrongful for the society and we are too against cyberbullying. #AmirIsAgainstCyberBullying.
Also, watch Team Nawab’s video of the journey of Tik Tok Star Amir Siddiqui.