New parents Anushka Sharma and her husband Virat Kohli were spotted out for the first time in Mumbai today, since their child’s birth on January 11, and they looked nothing less than stunning. 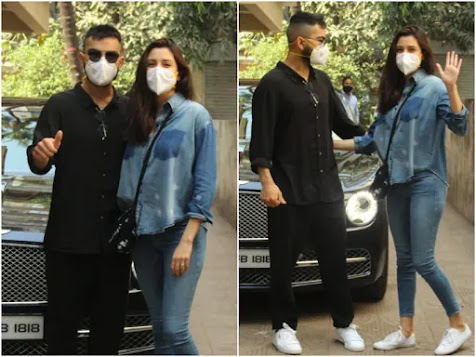 The power couple were on their way to a doctor's appointment when they were clicked by the paparazzi waiting outside for them.

Looking as stylish and elegant as usual, Anushka was seen in a blue denim shirt and matching denim jeans. 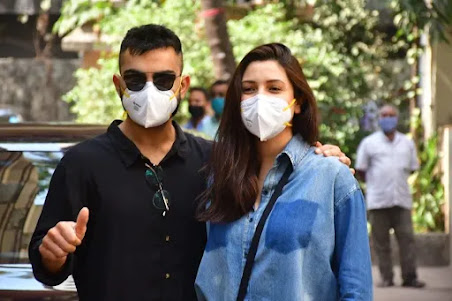 She was also wearing a white face mask but it was still apparent that she was all teeth for the camera. Meanwhile, Virat was seen in a black shirt and black pants, also wearing a mask.

Also, Anushka thanked the paparazzi gathered for their pictures. The couple had requested the media persons not to click or publish pictures of their daughter.

They had also promised that the photographers will be provided all the content needed from the two but asked them to respect their daughter's privacy until she is mature enough to make the decision herself.