Popular YouTuber CarryMinati, who garnered a great fanbase across the country for his unique content on social media, recently graced Kareena Kapoor's show 'What Women Want?' In the show, we saw the Jab We Met actress questioning CarryMinati about his roast videos and being an online bully, to which, he replied in Hindi and said, "First of all, whenever I roast someone, I take their permission. The person should know that I am making a video on him. If that person is familiar with my content, they have an idea of what to expect, and obviously, if they are not, they can always check out my channel. Until I get permission, I do not make a video.” 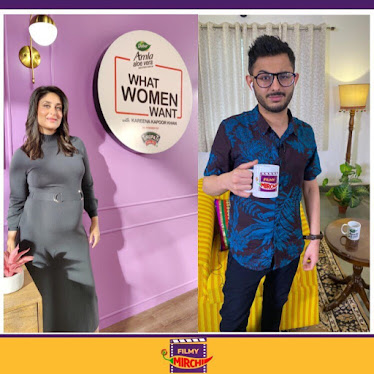 He added, "Secondly, from what I have seen, people’s reactions are mostly positive. Even if they troll the person, he is still getting fame and the audience to showcase his content. I would say they definitely get a boost. And the tone of my videos is friends sitting together and making fun of each other. I never make it intense."

The YouTuber is all set to make his Bollywood debut with MayDay, which stars Amitabh Bachchan, Ajay Devgn, Rakul Preet Singh, and Angira Dhar in key roles. Speaking about it, Ajey recently said, "I am absolutely thrilled and honored to be aligning creative forces with such reputed personalities from the film fraternity. I'm eagerly looking forward to being a part of this brand-new adventure and learning a thing or two about acting while I'm at it." 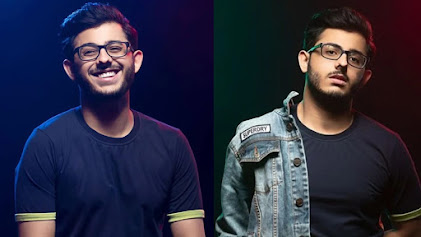 "In the past, I've got offered film roles but I agreed to be a part of this project because I had the opportunity to play myself and bring my alias, Carry Minati alive on the 70 mm screen. I remember enacting these skits as a child and my parents always thought I'd grow up to be an actor. You see acting is something that comes to me naturally just like music so it's no rocket science for me really," he added.