A proud moment for India as Flight Lieutenant Bhawana Kanth is all set to become the country’s first female fighter pilot to take part in the Republic Day Parade. Although this should have happened a long, long time ago, we’re celebrating these victories as they come! Not only is Bhawana one of the first few women to be inducted into the Indian Armed Forces, she’s stationed out of Rajasthan where she flies a MiG-21 Bison. 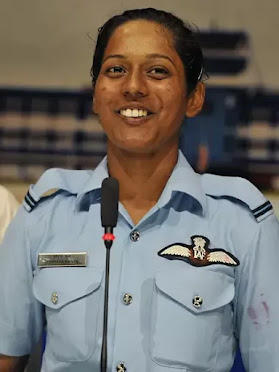 Bhawana will be part of the IAF’s tableau that showcases mock-ups of the light combat aircraft, light combat helicopter and the Sukhoi-30 fighter plane. A resident of Darbhanga, Bihar, Bhawana was inducted into the IAF back in 2016