"Ek Din" - a new song featuring four legends: Hotel is, Karan Aujla, The Game and J.Hind is going to be released on December 7. The fans of all these singers are all agog and thrilled at the announcement of the release of "Ek Din".
Saga Music, under whose label the song "Ek Din" is releasing, shared a poster of the song on its official Instagram handle, writing: "Only 2 more days left for "EK DIN" Y'all Ready? #EkDin" 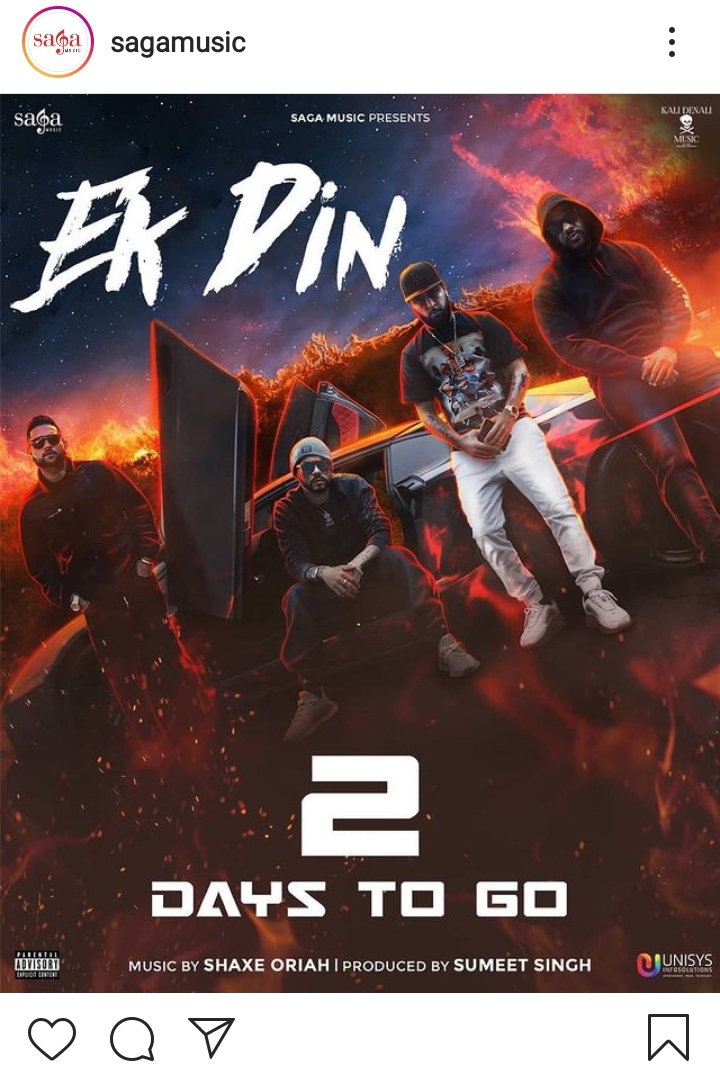 Bohemia, who is an integral part of the song "Ek Din" wished that this upcoming song might be the anthem that uplift us through these tough times. 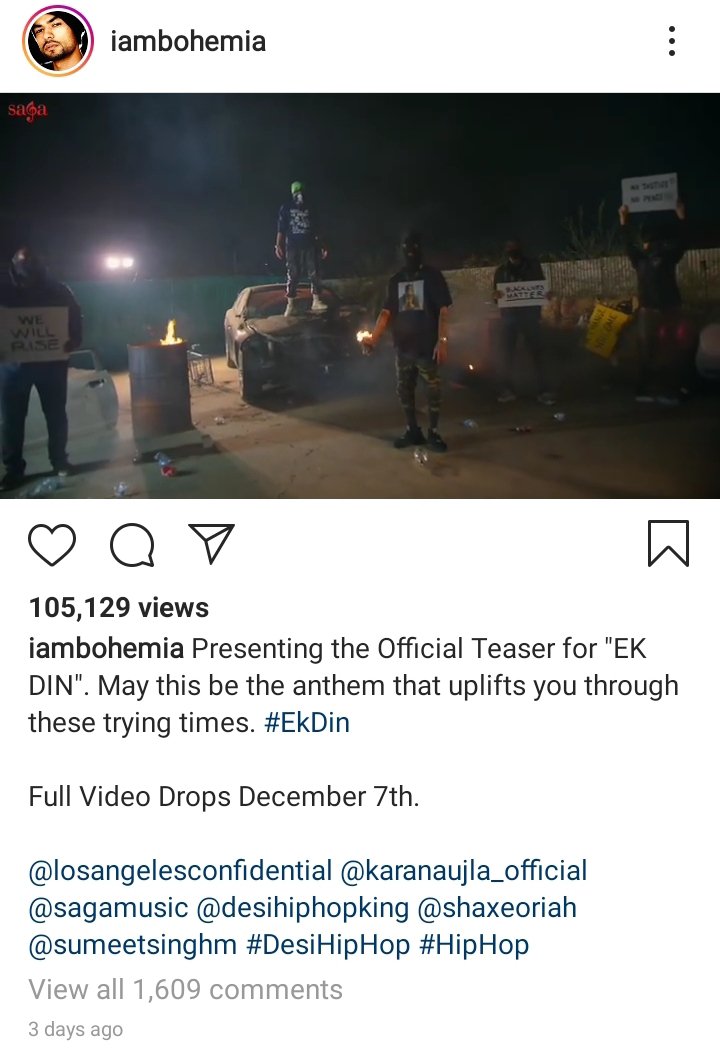