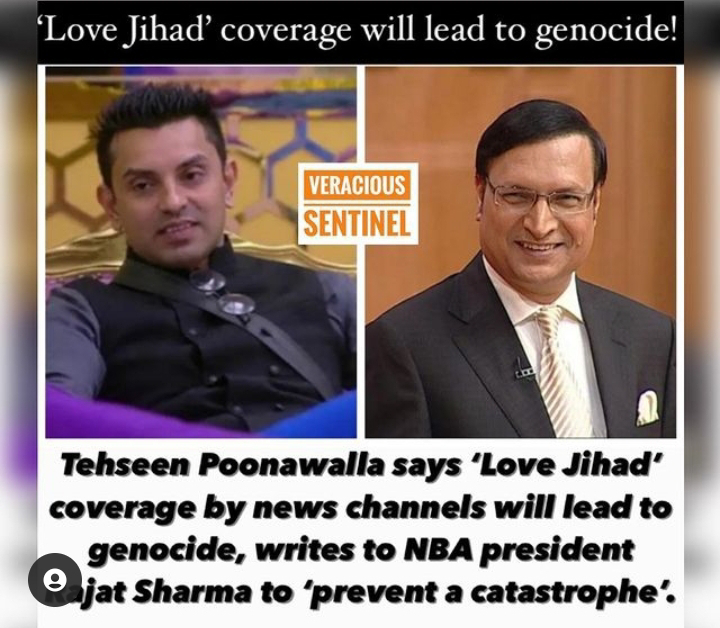 Below is a picture of the letter sent by Tehseen Poonawalla to NBA Chief Rajat Sharma: 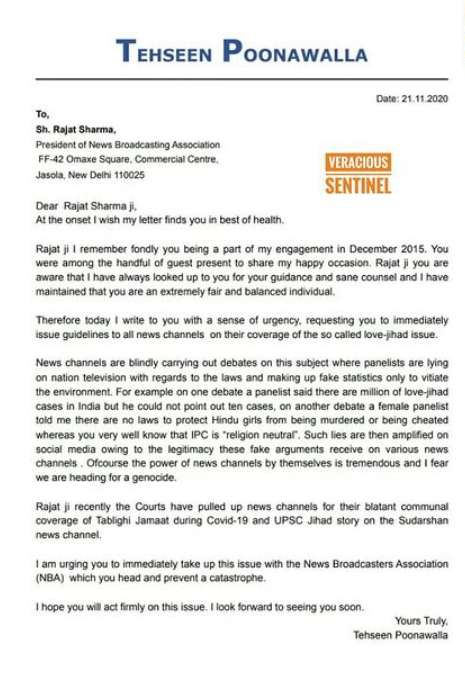 Tehseen Poonawalla substantiated his letter to Rajat Sharma with the example of a panellist on a debate show on love jihaad, who claimed that there are millions of love jihad cases in India, but couldn't point out even ten, when asked to do so. Tehseen gave another example of a panellist who claimed that there was no law to protect Hindu girls from being cheated or murdered, but IPC is a "religion neutral" body.
Tehseen Poonawalla's letter to Rajat Sharma has raised some clouds of controversy, but at the same time, some people are supporting his initiative too.