Punjabi singer Prem Dhillon has officially announced the release of his new song "Majha Block" (presented by Sidhu Moosewala) which is going to hit the floors on November 20. 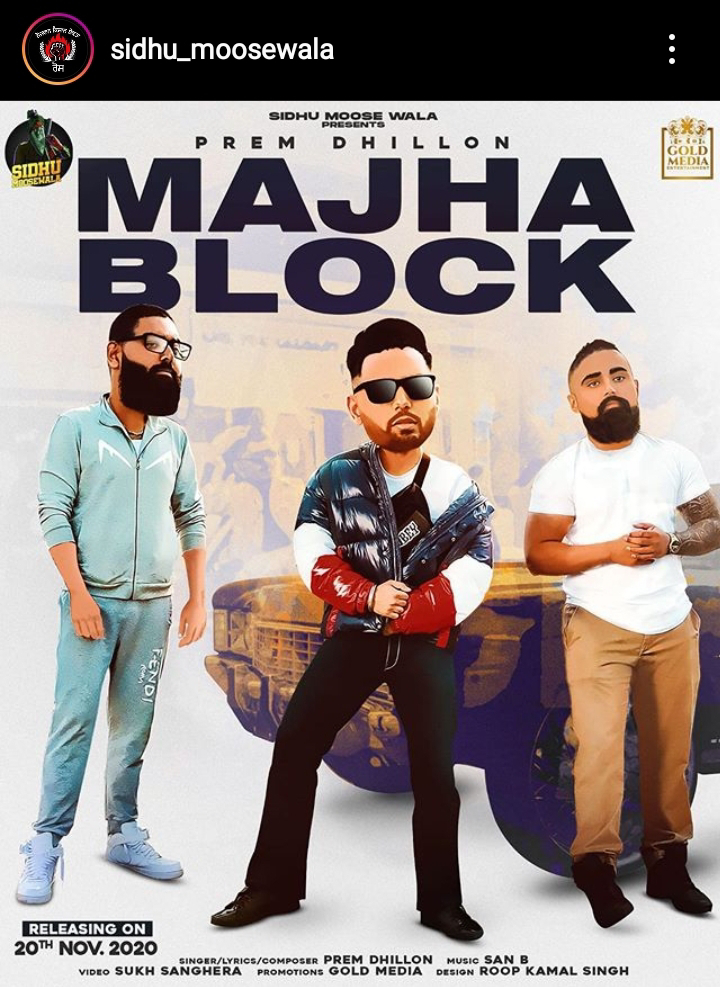 The song "Majha Block" has been sung, written and composed by Prem Dhillon. San B has been given the credits for the song's music, while the videography credits have been given to Sukh Sangera. Gold Media has been entrusted with the responsibility of promoting the song "Majha Block". And a very famous name in Pollywood, Roop Kamal Singh, has designed the video.
"Majha Block" by Prem Dhillon (and presented by Sidhu Moosewala) is going to be a big hit song of 2020 after its release on November 20.
Shares
NEXT ARTICLE Next Post
PREVIOUS ARTICLE Previous Post
NEXT ARTICLE Next Post
PREVIOUS ARTICLE Previous Post
JOIN US ON