"Meter Down" by 7Bantaiz's Feat. Kaam Bhaari To Be Out On December 10 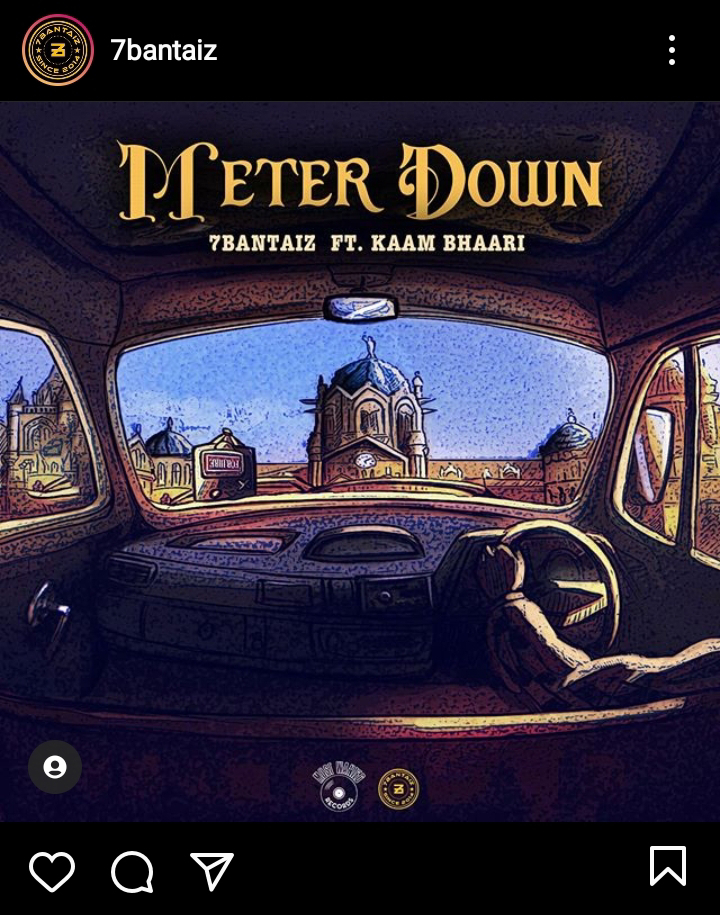 "7Bantai'z" is a Mumbai-based boys band, featuring talented singers, such as Aditya Vhatkar, Siddesh Jammi, Yogesh Kurme, David Klyton, etc. "7Bantai'z" released the official poster of the song "Meter Down" on their official Instagram handle. The poster is a great piece of art, and it's credits belong to the famous concept artist,  Pratik Yadav.
The picture below shows the mysterious, yet beautiful poster of the song "Meter Down" by 7Bantai'z and Kaam Bhaari, created by Artist Pratik Yadav.
Also Read : Fotty Seven and Krsna's New Song "Baap Se
The song "Meter Down" has been produced and composed by Aakash Ravikrishnan. The presence of Kaam Bhaari in the song makes it even more awaited, as fans are excited to see 7Bantai'z and Kaam Bhaari mingling together for "Meter Down".
"Meter Down" by 7Bantai'z (featuring Kaam Bhaari) is going to be released on the 10th of December.
Also Read :  Raftaar's New Song "Microphone Check" To Be Released On November 16
Shares
NEXT ARTICLE Next Post
PREVIOUS ARTICLE Previous Post
NEXT ARTICLE Next Post
PREVIOUS ARTICLE Previous Post
JOIN US ON