"Legal Weapon" By Sam Singh To Be Released Soon 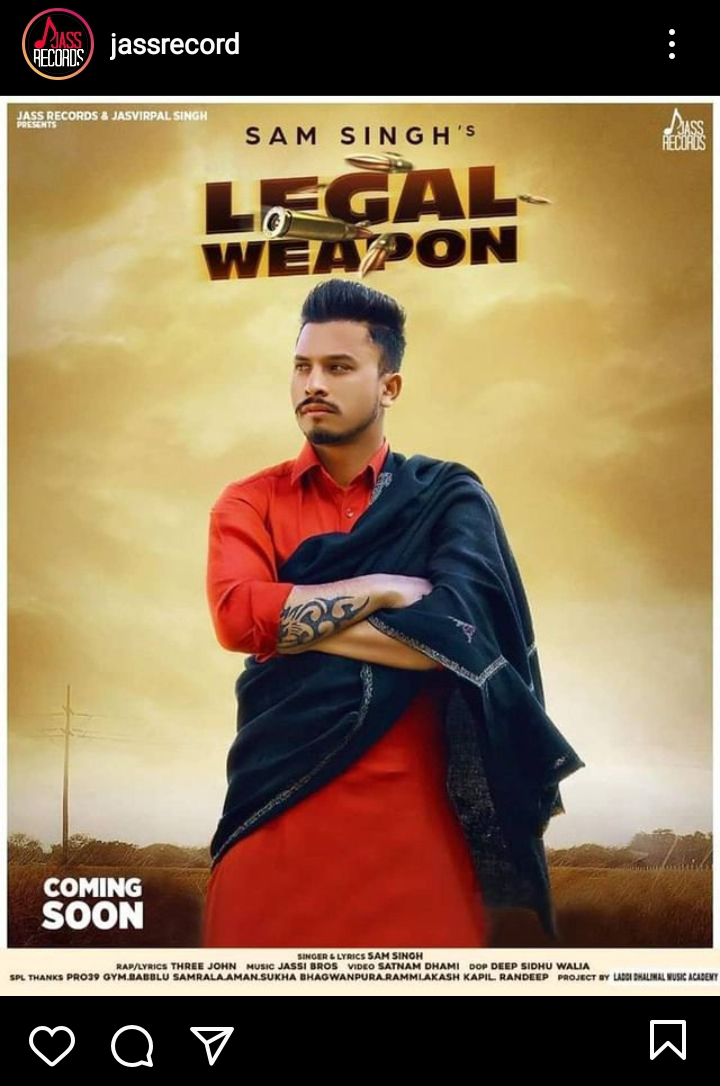 "Legal Weapon" By Sam Singh To Be Released Soon

Jass Record shared the first look of "Legal Weapon", depicting Sam Singh draped in a bright red kurta and a black shawl. The tattoo on the right arm of Sam Singh adds to the charm of the poster.
The song "Legal Weapon" has been sung and written by Sam Singh, while its rap part has been written and sung by Three John. The music of "Legal Weapon" has been composed by Jassi Bros. The video credits have been given to Satnam Dhami, while the Director of Photography has been Deep Sidhu Walia.
Also Read : Fotty Seven and Krsna's New Song "Baap Se
"Legal Weapon" by Sam Singh is going to set the floors ablaze, very soon.
Shares
NEXT ARTICLE Next Post
PREVIOUS ARTICLE Previous Post
NEXT ARTICLE Next Post
PREVIOUS ARTICLE Previous Post
JOIN US ON

A new Punjabi song, "Single", by Ashmeet featuring Jugraj Sandhu, has been released on the official YouTube Channel of T-Series Ap...