Guri, who has his birthday today, released the official poster of the song "Lambo Car" on his official Instagram handle, captioning it as: "Happy Birthday to Me. Here's The Surprise For all My Fans. My Next Single Lambo Car. Pls Share The Poster As My Birthday Present".
The poster of "Lambo Car" showcases Guri and Neha Sharma in colourful outfits. Sattu Dhillon, who considers Guri as his "favourite person and brother", also shared the poster of "Lambo Car" on Instagram, writing: "Happy birthday to my favourite person and brother @officialguri. Love you brother. Grateful to have you".
Guri also shared another look of the song "Lambo Car" on Instagram, depicting himself and Neha Sharma. 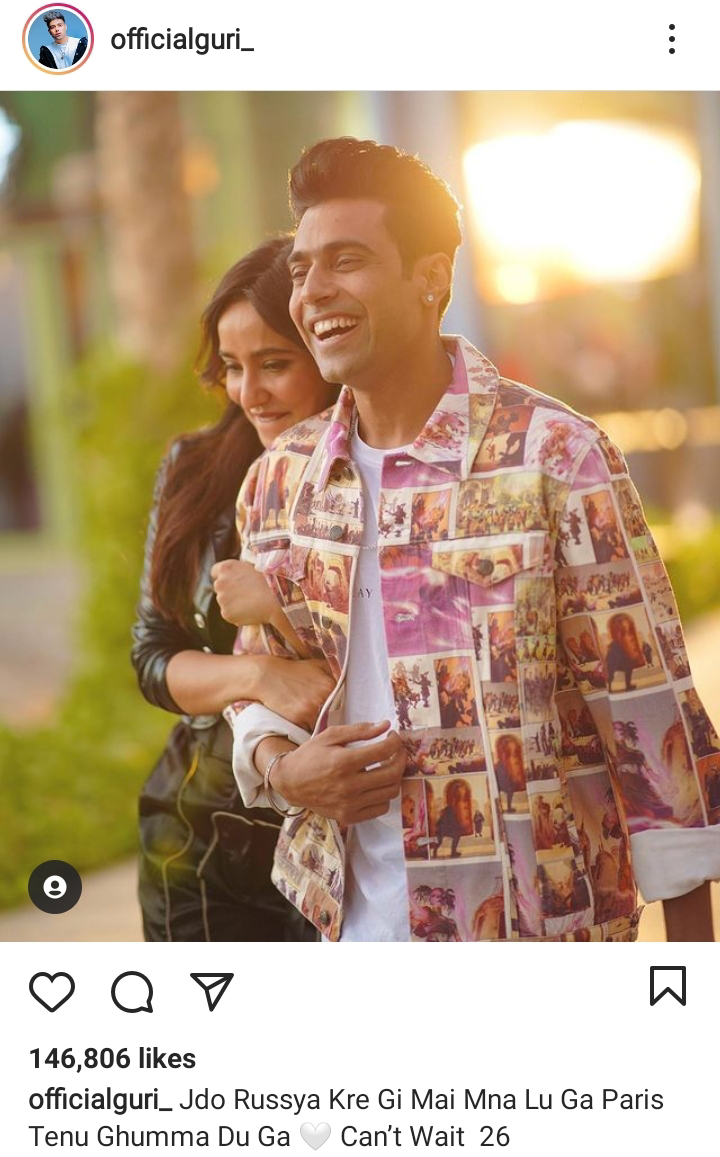 "Lambo Car" by Sukh-e (Musical Doctorz), Sattu Dhillon and Simar Kaur, and featuring Guri and Neha Sharma has released today, on the occasion of Guri's birthday.