Punjabi singer Khan Bhaini has announced the release of his new song "Sun Fer", on his official Instagram handle. Khan Bhaini has made it clear that "Sun Fer" is going to be released soon, and that his fans don't have to wait for too long.
Khan Bhaini released the official poster of the song "Sun Fer" on his Instagram account, which features him in a trendy red jacket and black denims. He wrote: "IK VAARI MIL KE KOI JAAN NI BNAYI DA. Sun Fer Coming Soon. Hope you guys will love it". 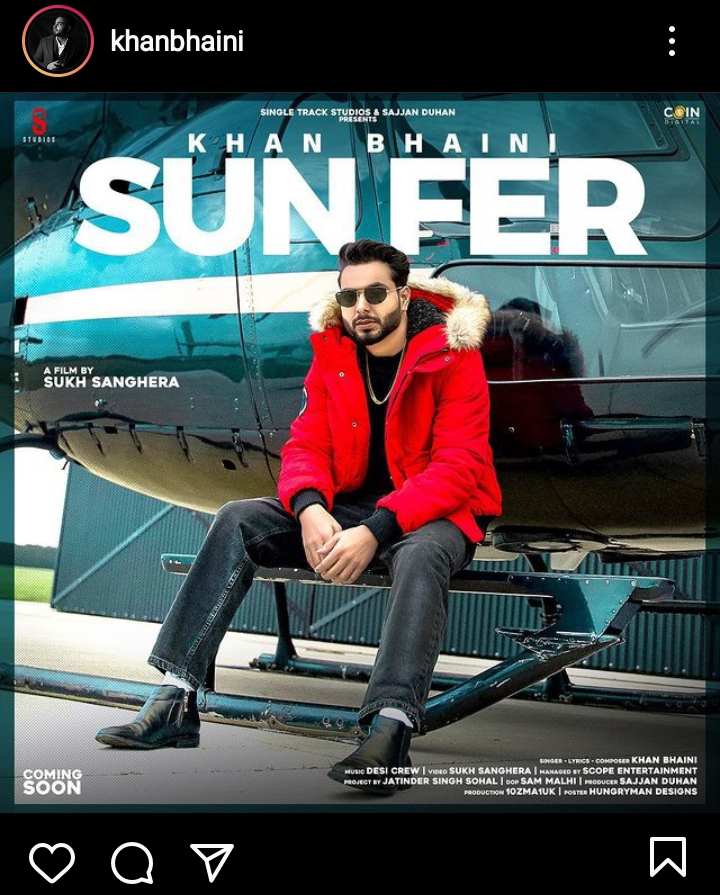