The most famous Punjabi singer, Diljit Dosanjh is ready to steal hearts with his upcoming song, "Paigambar", which is going to be released soon.
Diljit Dosanjh took to Instagram to share the poster of the song "Paigambar", and captioned:  "Baut Kirpa Baut Shukar Akaal Purakh Da Shukar Shukar". 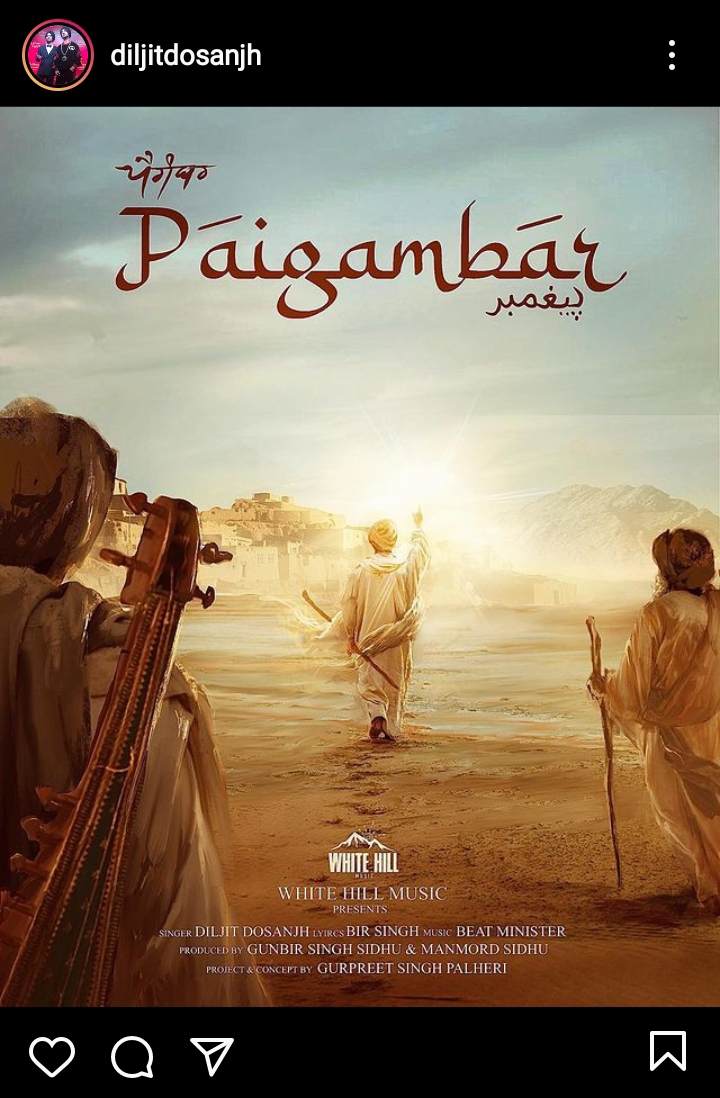 Paigambar" is releasing under the label of White Hill Music. Sung by Diljit Dosanjh, "Paigambar" has been written by Bir Singh and its music has been composed by Beat Minister. "Paigambar" has been produced by Gunbir Singh Sidhu and Manmord Sidhu. It is a project and concept of Gurpreet Singh Palheri.
Diljit Dosanjh's "Paigambar" is going to be released very soon on his official YouTube Channel.
Shares
NEXT ARTICLE Next Post
PREVIOUS ARTICLE Previous Post
NEXT ARTICLE Next Post
PREVIOUS ARTICLE Previous Post
JOIN US ON