The world-famous South Korean boy band BTS (also known as Bangtan Boys) is going to release its latest album named "BE" on the 20th of November, 2020. 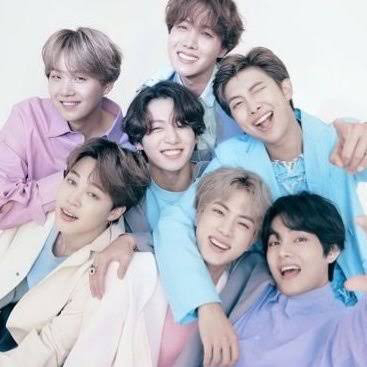 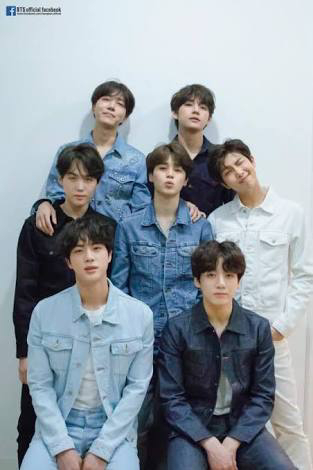 Jimin, one of the most loved members of the BTS band, told the media how the COVID-19 pandemic has impacted their album: "T​he pandemic unexpectedly put a lot of our original plans to a halt. However it provided us an opportunity to step back and focus on ourselves as well as our music. We reflected the emotions that we felt during this unprecedented period into this album. We were also able to take a step further by taking roles in overall production, such as concept development, composition and visual design." 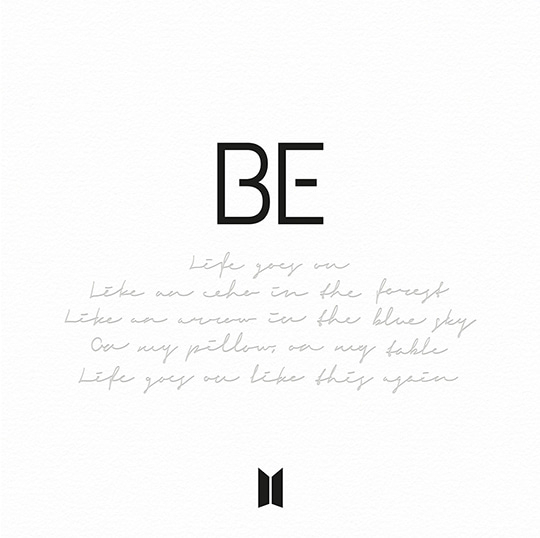 BTS member Suga had been entrusted with the responsibility of the album "BE"s cover art, which he fulfilled nicely. One of the poster shows all BTS members seated around their musical instruments, in a room painted in aqua colour.
Another poster of BE shows BTS member Jungkook, gazing at the camera, posing on a luxurious sofa, with some speakers placed in the background. 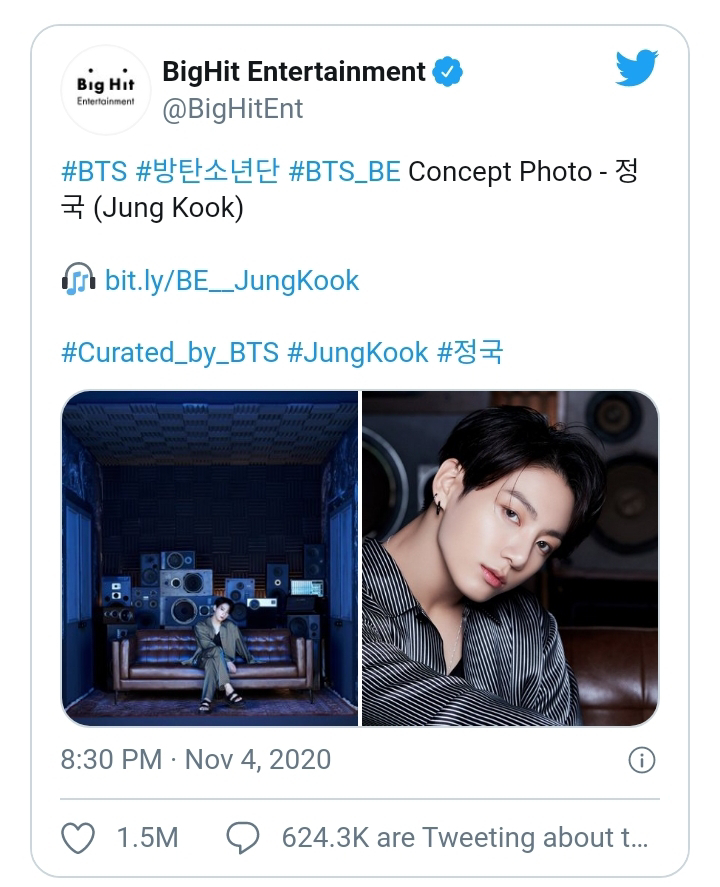 And here's another look of "BE", the upcoming album of BTS, which is stealing hearts across the globe: 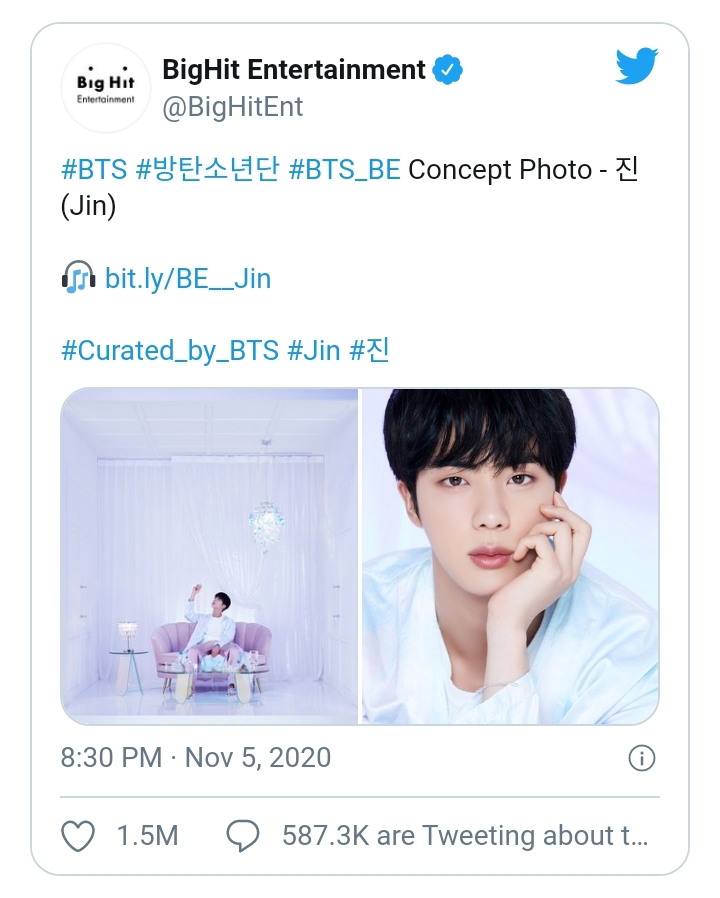 BTS ARMY throughout the world is all agog, as the upcoming album of BTS, named "BE" is going to be released on November 20, 2020, under the label of Big Hit & Columbia.