Famous rappers Ikka and Raftaar have come up with their new song "Angaar", which has been released today. Ikka and Raftaar have teamed up after a long period, i.e., 10 years, for their upcoming song, "Angaar".
"Angaar" is the second song of Ikka's latest album, "I". Ikka, who was glad to team up with his buddy Raftaar after a period of ten years, ecstatically shared a look of him in the song "Angaar" on his official Instagram handle: 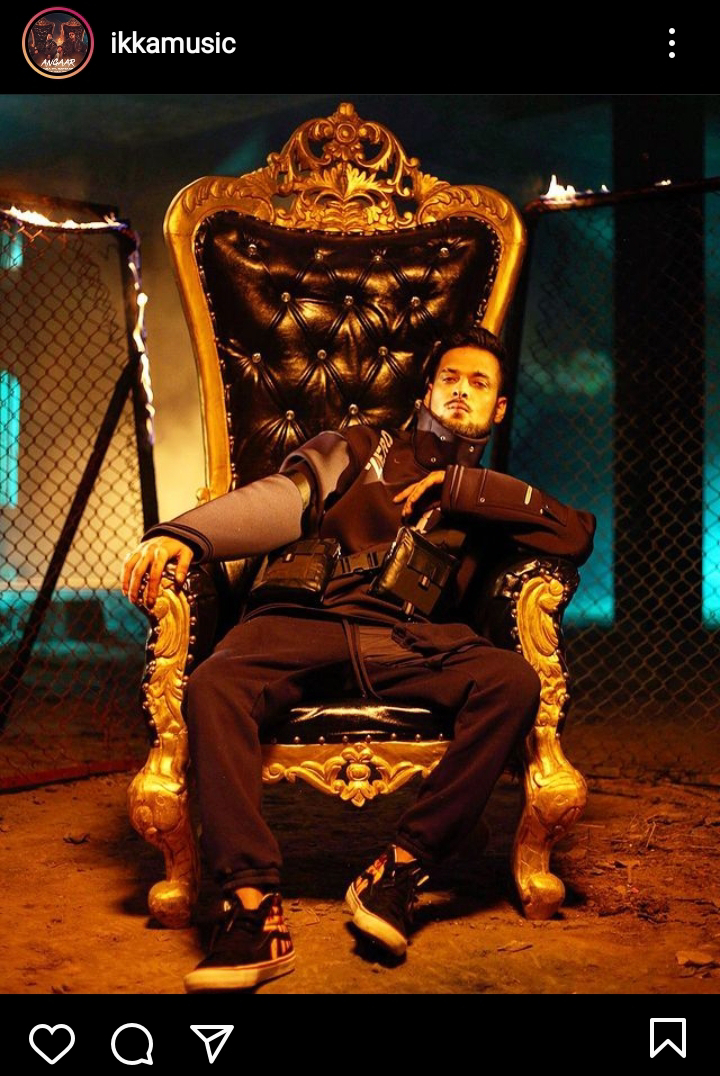 Raftaar also took to Instagram to share the poster of the song "Angaar", which shows both him and Ikka reclining comfortably on luxurious sofa chairs. 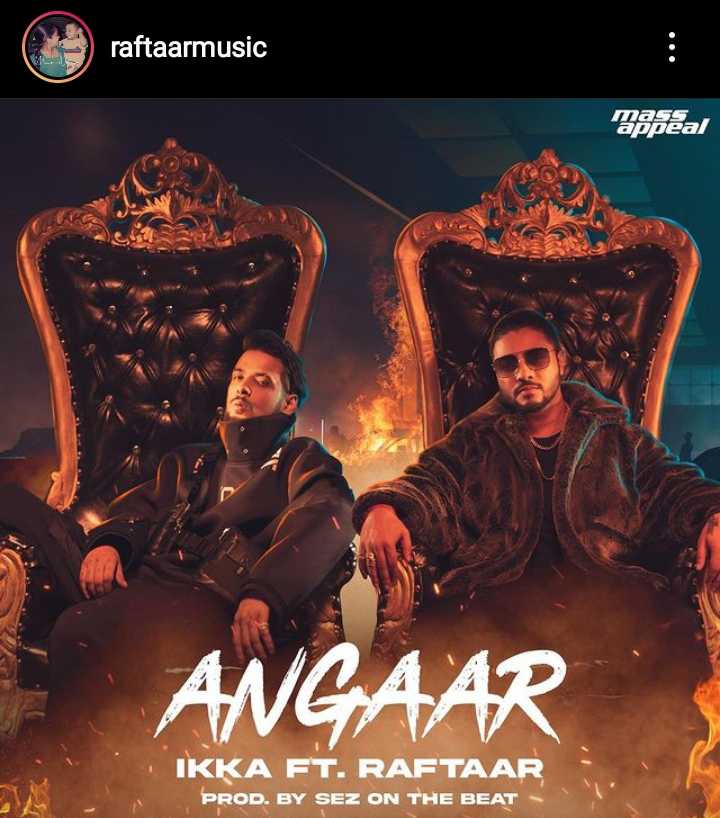 Raftaar also shared a short video of "Angaar" on Instagram. Here's a screenshot of it: 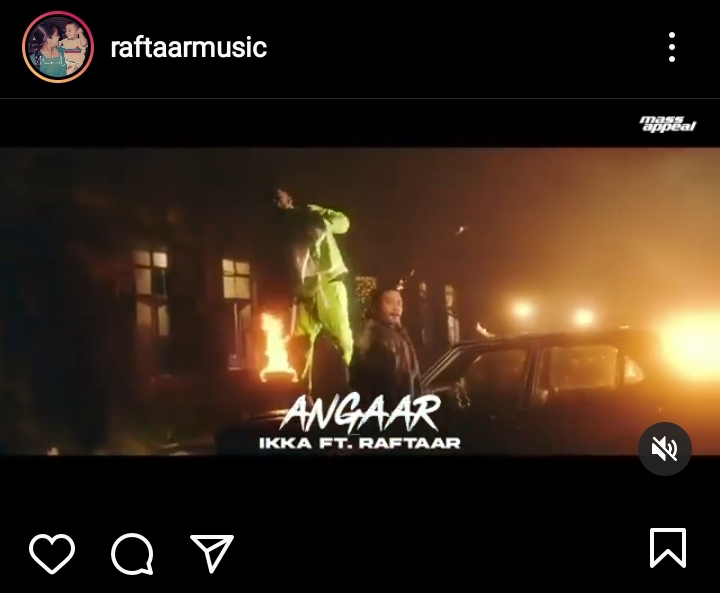 "Angaar" by Ikka and Raftaar is releasing under the label of Mass Appeal India. Mass Appeal India also shared a poster of "Angaar", beautifully captioning it as: "ANGAAR, literally translated to mean "Fire", sees @ikkamusic and @raftaarmusic reunite after 10 years with music produced by one of India's premier producers @sezonthebeat (Sajeel Kapoor) of #GullyBoy fame".
The video of Angaar has been designed by Manish Shunty, while its graphics have been designed by Mauryan (@iammauryan).
"Angaar" by Ikka and Raftaar is now out on Spotify, YouTube and other music streaming platforms.

Also Read : "I Love You" - New Song Featuring Mother OG And Deep Kalsi To Be Out On November 24