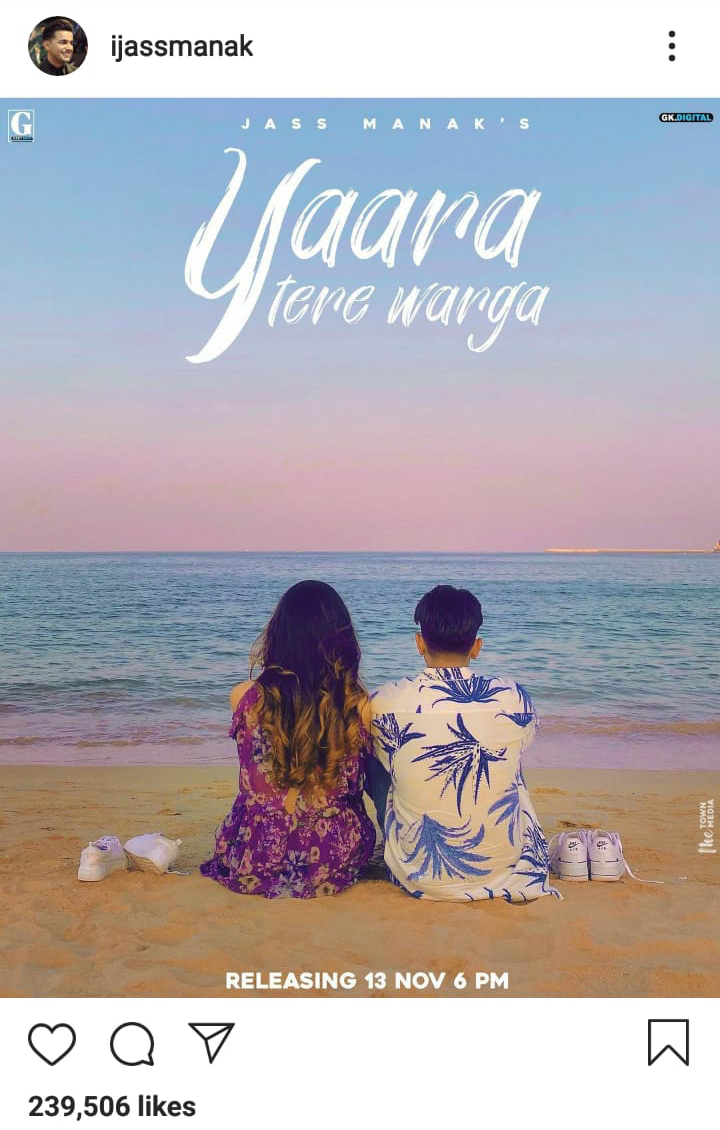 The poster of the song "Yaara Tere Warga" shows singer Jass Manak sitting on a tranquil seashore with his unnamed co-star, who is playing Jass Manak's lady-love in the song.
Also Read : :Raftaar's New Song "Microphone Check" To Be Released On November 16
"Yaara Tere Warga" has been sung, written and composed by Jass Manak, while its female vocals have been given by the very famous Bollywood singer, Sunidhi Chauhan. The video credits have been given to Satti Dhillon, while the music has been mixed by Mix Singh. "Yaara Tere Warga" is releasing under the label of the music company "Geet Mp3", founded by K.V. Dhillon. The audio distribution credits have gone to GK Digital.
The first look of the song "Yaara Tere Warga" was released by Jass Manak some days back on Instagram, which he shared as: "My favourite place is inside your hug. 13 November YTW Coming Soon...." 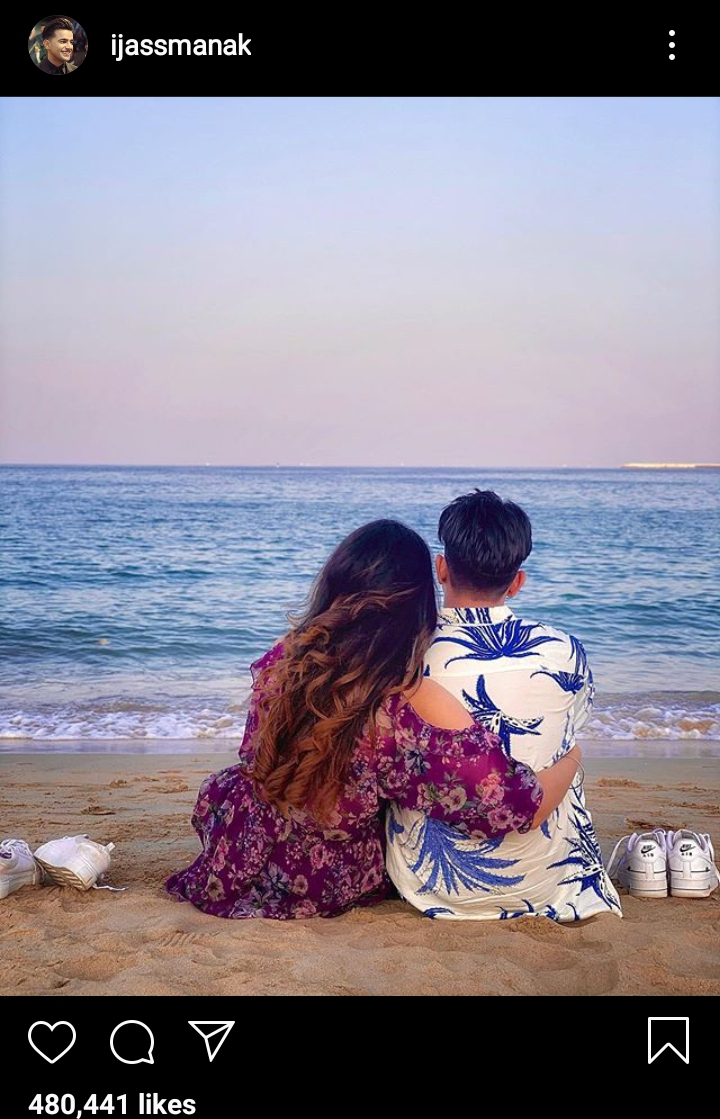 The song "Yaara Tere Warga" by Jass Manak, releasing on November 13 at 6 pm, is surely going to give us a summery feel amidst the sharp, cold wintry breezes, as its beautiful poster makes evident.