5911 Records, one of the most popular music labels of Pollywood (Punjabi music industry) is coming up with a blockbuster new song, bearing its own name- 5911. 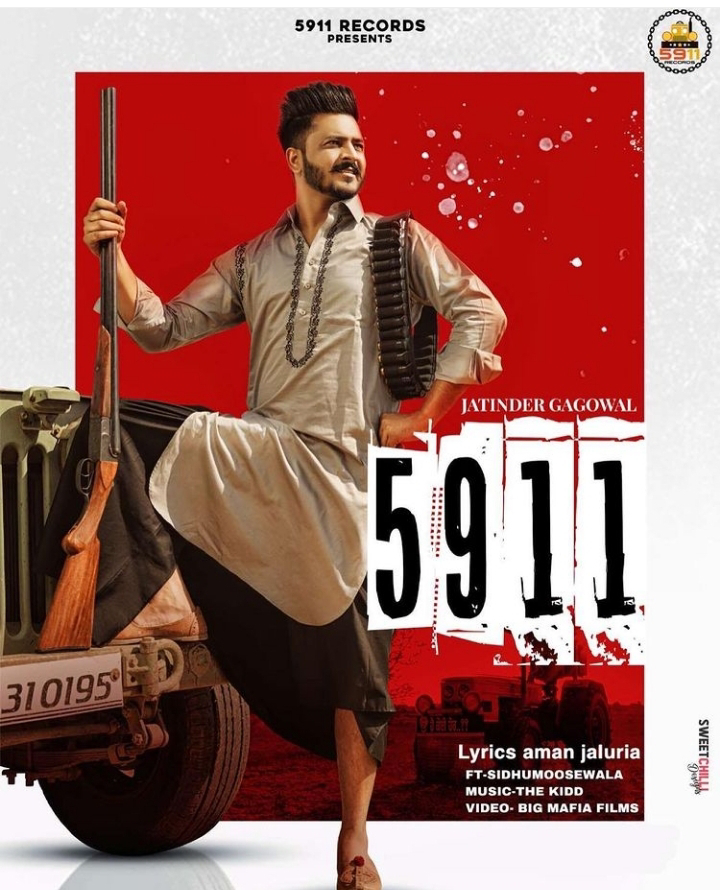 The song 5911 has been sung by the very dashing Jatinder Gagowal, who excitedly shared the poster of the song on Instagram, announcing that the song 5911 is going to be released soon.
5911 Records enjoys a vast presence on social media, with a total of 189K followers on Instagram, as of now, which is really a very big number for any retional music company.
The song 5911 features Sidhu Moosewala. It's lyrics have been written by Aman Jaluria, while its music has been composed by The Kidd. The video credits have been given to Big Mafia Films. Furthermore, special thanks have been conveyed to Bundy Bains, 5911 Records and Gold Media.
Also Read : "Abey Yaar" - New Song Featuring Fotty Seven and Rapper Bali To Be Released This Week
The to-be blockbuster song "5911"- the all-new song of 5911 Records, featuring Sidhu Moosewala and Jatinder Gagowal, is to be released this week.