Punjabi singer Harvy Sandhu is all set to set the stage on fire with his new Punjabi song "PB Zero", which is going to be released on 4th November 2020.

"PB Zero" has been sung by Harvy Sandhu. It has been written by Jeet Kamal Kuhliwala, while its music has been composed by Lucky Nagra. The video credits have been given to Punnu Garcha, while the designing credits have gone to Roop Kamal Singh. A special mention of thanks has been given to Sanjeev Sharma.
An excited Harvy Sandhu took to his Instagram handle to share the poster of the song "PB Zero" with his fans. Harvy Sandhu released the poster from Canada, writing: "PB ZERO Out on 4th November Waheguru di kirpa te tuhade pyar naal aa rahe aa kuz nva laike umeed hai pasand kroge". 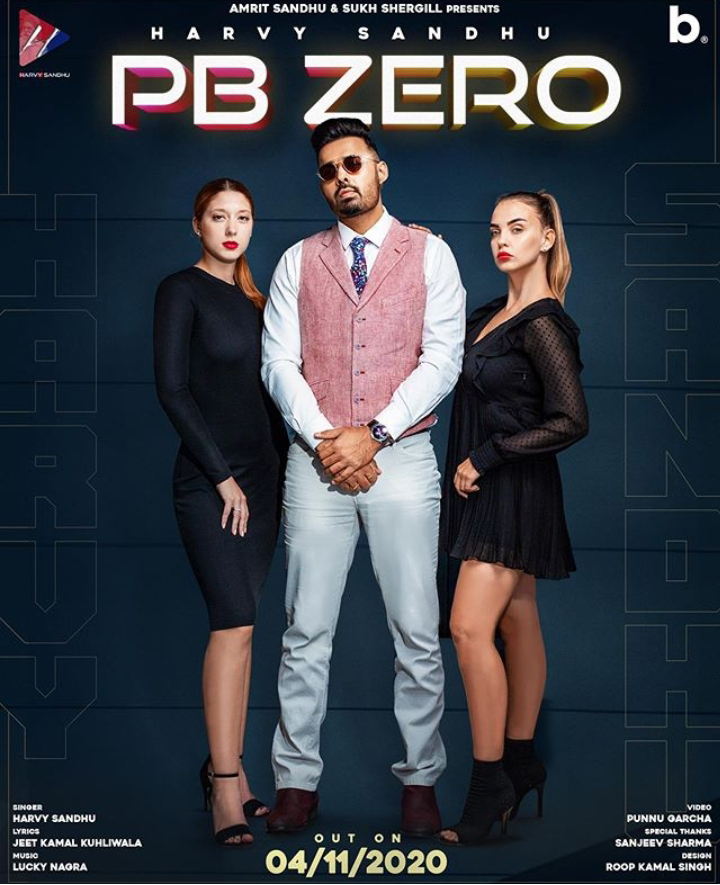