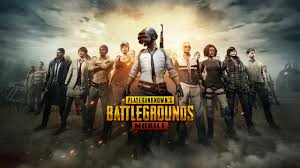 Players Unknown Battlegrounds, popularly known as PubG, helped the Tencent Games (Founder) earn a record revenue in the first quarter of the financial year.
The revenue increase had certain factors as to online ads, gaming objects, game play duration and the downloads.

According to the statements of Tencent Games, a growth of 31% in the revenue was recorded in the first quarter. The revenue rose to $5.26 Billion.

In the game spending on things like power ups, objects and accessories, PubG alone helped the revenue to surge by $262 Million.

High Demand for video and online multiplayer games was seen globally since February. PubG was always a popular game and the reach of PubG has spread to the Europe and America. Majority of users of PubG are from Asia. Chinese Tencent Games is the founder.

India too saw a surge in the number of downloads and active users in Lockdown. The downloads rose from 40 to 50 Million and there are about 35 Million active daily users.