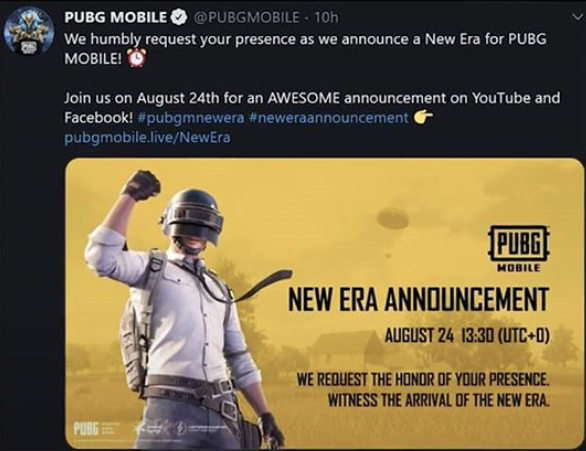 Player Unknown Battlegrounds, popularly known as PubG Mobile is set to announce an all New Era of PubG Mobile on 24th August, 2020. The PubG Mobile New Era will mark the beginning of Season 15 of the game.

The players are very excited for the PubG Mobile New Era Announcement. It is believed that PubG Mobile will discontinue 0.00.00 Series Update and the New Era will start with 1.0 Update.

Here are the expected features in PubG Mobile New Era: