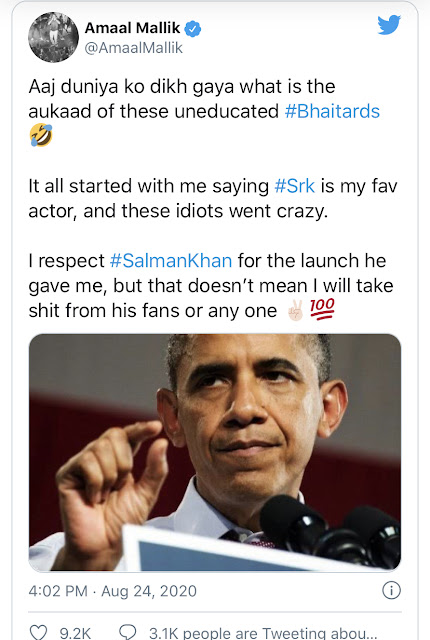 Amaal Malik was earlier slammed for mentioning that his favorite actor is Shahrukh Khan. Salman Khan Fans responded to that and slammed the Singer for not respecting the actor who brought him up.