PUBG's latest update comes with Scanted Sight, Scoped Win94 and much more to witness in Miramar 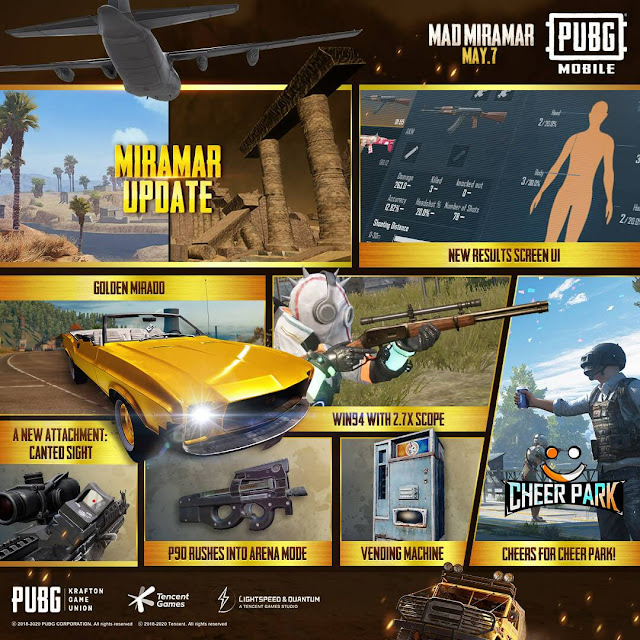 As our all-time favorite game, PUBG Mobile is getting better and exciting with every update, the new update is set to be released on 7th May. Regarding this update, PUBG Mobile has officially announced major changes in the game and especially in Miramar.
Most of you might be surprised because if we go through the tradition, then PUBG Mobile always brings major changes to the Erangel map.
But this time PUBG wants to raise the hype and excitement of its biggest map Miramar which is the least played map of PUBG. The upcoming update is going to be version 0.18.0 hence you can expect several new changes including new guns too.
Yes, you read it right.  Let us read about the features of this new update one by one. 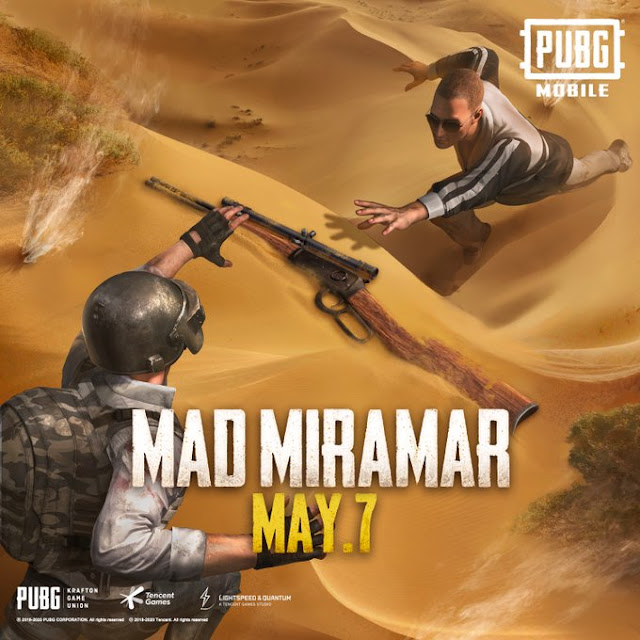 The biggest map of PUBG Miramar is going to turn wild with the new additions to the map. All thanks to PUBG Mobile. Miramar is the biggest map of PUBG Mobile and the classic match in this map is quite time-consuming.
The latest update might contain the abandoned race track. Moreover, the map is going to welcome new geographical locations. These include the water town, Ruins, and a new city. However, we don't know the official names of these geographic locations but we are sure that these are going to make this vast and deserted map very interesting.
According to the beta update, the map might suffer through sandstorms too. Hence, the visibility is going to be limited. Moreover, some areas in the map might suffer very extreme sandstorms and the visibility will get critically low. The element of surprise in these sandstorms will be the special loot crates.
Hence, a difficult time will bring a priceless gift. But, the biggest drawback while playing this mode will be the excessive lag of the low-end phones. Better to play this mode if you have a high-end phone.

As you know, Win94 is a special sniper rifle which is available only in Miramar and Vikendi map. In this latest update, PUBG is going to equip you with the scoped Win94.
The scope is going to have a zooming range of 2.7x. Hence, this gun is going to be used extensively as a mid-range sniper rifle.

Also Read: RAPPER FRED THE GODSON DIED DUE TO CORONAVIRUS

P90 is one of those SMG's that gamers know very well and it is going to be everyone's favorite SMG. I think you will forget UZI and PP-Bizon after using this gun. It is one of those guns which made a special appearance in the Black developed by Criterion Games.
The gun will employ the same 9mm ammo. The gun will also support attachments like muzzle, sights, and foregrips. However, the gun will only be available in Arena mode and it is unclear regarding its debut in Classic mode.

The canted sight is an additional scope that will be available with your gun at all times. With the quick scope, you can toggle between your primary scope and canted sight. Moreover, This scope looks similar to that of Red dot.

The Mirado is one of the best vehicles of the Miramar Map and PUBG Mobile too. And with this new update, if you are fortunate enough, you can drive this Golden Mirado on Miramar map.

Just similar to the Amusement park in Erangel which was a featured highlight of the season 12 and 2nd Anniversary of PUBG Mobile, this season is all set to feature the Cheer Park.
But this mode will be added to the Miramar map and not the Erangel.
Moreover, PUBG Mobile has also confirmed the addition of newer screen results UI to provide you with better match results.