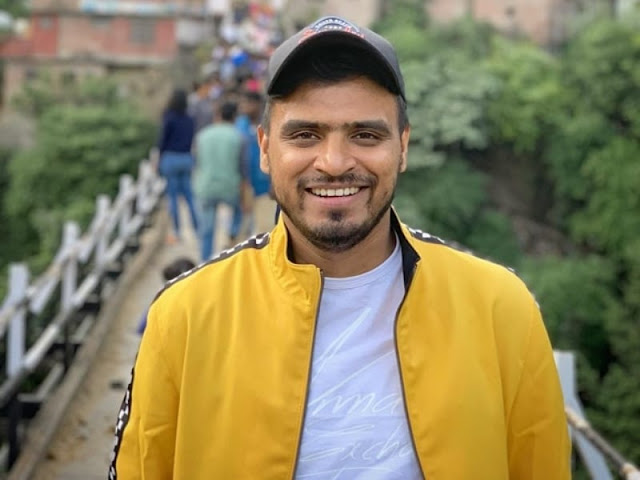 Almost each and every person in India who uses YouTube and is used to watch comedy videos and vines is aware of Amit Bhadana. Amit Bhadana is the leading Solo Indian YouTuber and has completed 20 Million Subscribers on the mentioned platform. Amit Bhadana is such as success story and the Indian YouTube community cannot undermine his contribution. He is active on YouTube and has contributed to the platform since 18th February 2017. His video got millions of views on the first video. after that Amit never saw back.

His success can be estimated by the fact that with just 72 uploads, Amit has reached the milestone of 20 Million subscribers. Amit was the second Indian YouTuber after BB ki Vines to reach 10 Million subs on the platform and surpassed BB ki Vines after achieving this milestone. Being a solo YouTuber, it is quite difficult to manage everything in the right place and seeing his success, we have provided the statistics of his YouTube channel and reading it, you can easily infer the successful climb of Amit.

Remember, these stats are highly volatile and tend to increase and decrease with time. These are stats recorded on 26th May 2020.

Amit Bhadana was born on 7th September 1994 and is currently 25 years old. Amit is from Delhi however his hometown is Gurgaon, Haryana, and has completed his graduation with a degree in LAW from Delhi University. Moreover, he has done his schooling from Lovely Buds Public School.

His favorite actor is our Bhai Salman Khan and his favorite actresses are Alia Bhatt and Aishwarya Rai. Moreover, his Net worth is approx 20 crores and it is rumored that he is in a relationship with Riya Mavi (His co-YouTuber).

Talking about his first video, he initially made a video with his college friend and uploaded it on dubsmash. A few days later Amit saw that his video viral on the internet. So, he experimented with similar content on YouTube and the platform gave him enormous support and he never saw back since then.

Below, we have provided some of the best videos by Amit Bhadana which you will definitely enjoy.


These 3 videos are just the beginning. If you hadn't watched Amit Bhadana videos on YouTube before reading this article, then you will definitely get addicted after watching these 3 videos.

Talking about his Instagram, then Amit has currently 4.1 million followers on the above-mentioned platform. Moreover, Amit is as savage on Instagram as he is on YouTube.

Have a look at this:


And this one too


By seeing these posts, you can definitely the savage level of Amit Bhadana. Moreover, in the TikTok vs YouTube controversy, Amit Bhadana took the stand with CarryMinati after his video was deleted from the platform for the violations of community guidelines. Following this, let me inform you that CarryMinati is the second most subscribed YouTuber on the platform as he overtook BB ki Vines after his record-breaking video on Amir Siddiqui which was deleted from the platform. Till now, CarryMinati has 19.4 Million subscribers followed by BB ki Vines with 17.6 Million subscribers.

This TikTok vs YouTube controversy has benefitted many YouTubers as they have gained prominence from this controversy. You believe me or not, this lockdown has been very fruitful for YouTubers across the country and world.